Walsall vs Tranmere – Preview, and Prediction

Walsall vs Tranmere – On Saturday, Walsall will play host to Tranmere in a league Two match at Bescot Stadium. In a 24-team table, Tranmere placed ninth and missed out on League One promotion by just two points.

They may have had higher expectations before this season. However, things were different for them because they suffered back-to-back losses after their first two games. Since then, the club has had difficulty maintaining a winning streak.

They have since lost three of their previous five league games and are currently in 14th place with only 10 points to their name. They also lack anything noteworthy on their goal-scoring and goal-preventing sides.

Walsall, meanwhile, had a forgettable season in 2021–22, finishing 16th in English League Two. As time went on, the club improved over its performance in the League Two season’s opening games.

But that wasn’t sustained. They presently hold the 15th slot with just 9 points after losing 3 of their last 5 games. Their defense has been brittle in the last four, surrendering goals.

Both teams are experiencing a similarly bad stretch of form in their respective regions. In such case, our primary wager in this situation is on the Draw choice. Given the frail defenses of both teams, you may also choose the Both Teams to Score wager at 1.83 odds.

Walsall vs Tranmere – Head To Head 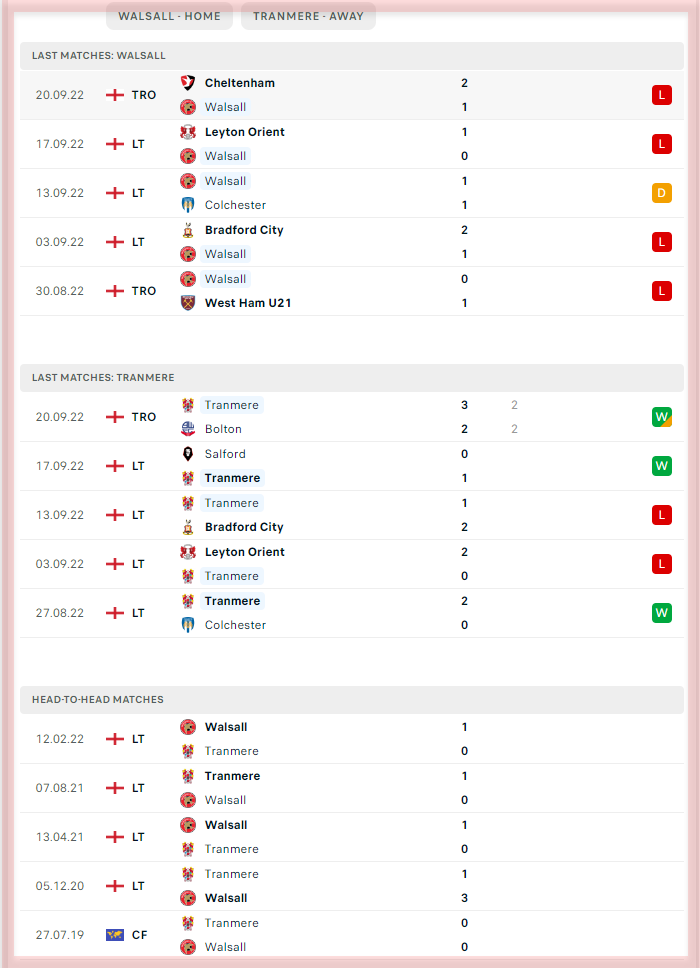