Sandefjord vs Lillestrom – Preview, and Predictions

Sandefjord vs Lillestrom – Lillestrom has been one of the strongest teams in the Norwegian top division so far this season, and they have already climbed to second place in the rankings. They are currently the only unbeaten team in the competition.

They’ve had excellent defense up to this stage in the tournament, with just one other team scoring more than them. Meanwhile, Sandefjord has been one of the poorest teams in the Eliteserien this season, and it’s no surprise that they’re just a whisker away from relegation.

They have lost the most of their recent games and are allowing goals at an alarming rate. They also have a dismal head-to-head record against this opponent over the years, and all of these factors point to Lillestrom winning on Saturday.

Lillestrom won 2-0 in their most recent match this past weekend. They had won five of the previous seven meetings.

Their opponents, on the other hand, had won 6 of their previous 7 overall matchups and had gone undefeated in 12 of their previous 13 games. Finally, they have only lost one road game since November. Taking these factors into consideration, Lillestrom is expected to win this Saturday. 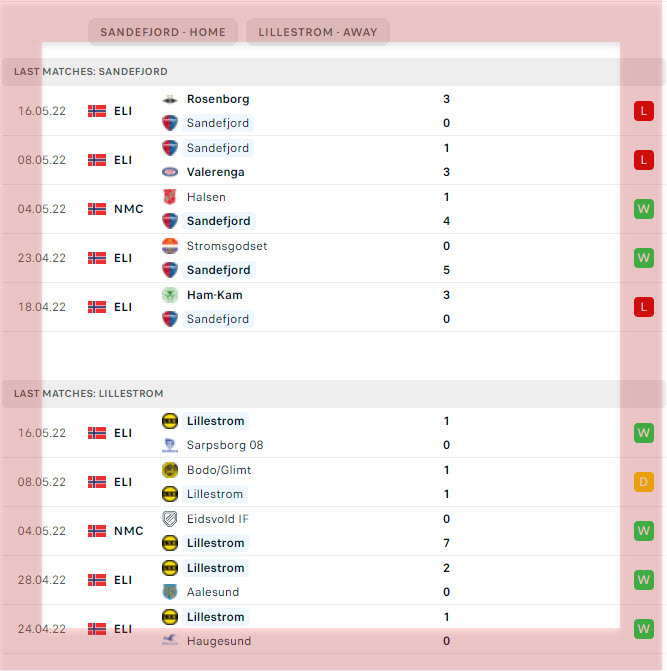