Randers vs Aalborg – Preview, and Prediction

Randers vs Aalborg – Only three rounds remain in the Danish top flight, and Randers and Aalborg are battling it out for a playoff berth in the Conference League.

They are currently separated by just two points in the table and both teams have been battling with defence for several weeks. It goes without saying that both clubs’ back lines will be under immense strain in this forthcoming match. This is shaping up to be a high-scoring affair.

Renters have lost four of their last six games overall and five of their last seven at home. They had also conceded two or more goals in six of their previous ten home games, with their last clean sheet coming in October.

Aalborg, on the other side, has lost four games in a row, allowing ten goals. Notably, they gave up four goals on their most recent road trip. Whenever these two teams have met in the past, they have produced goal-fests. Considering this, expect a high-scoring game on Wednesday. 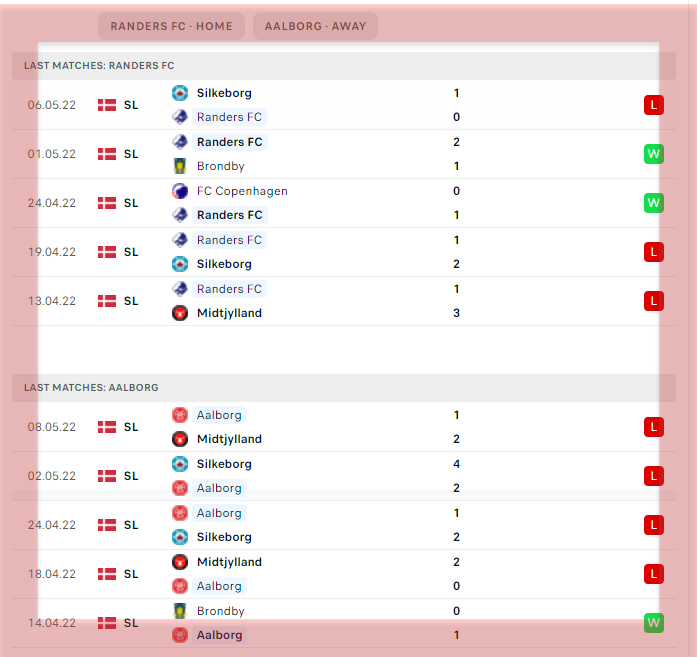