Molde vs Kristiansund – Preview, and Predictions

They are now ranked last in the table and are the only team left in the competition that has yet to win. And, of course, they’ve been a complete disaster on the road thus far. In reality, they have lost all of their away games and have been conceding frequently throughout.

Molde, on the other hand, has been one of the finest in the league and is now in third place. So far, their attack has been nothing short of phenomenal, and it’s worth noting that they’ve been frighteningly dominant at home for several months. Molde appears to be in good form this weekend, so predict a win.

Molde had won 16 of their previous 21 games overall, and they had scored 8 goals in their last three games combined.

Also worth noting is that they had won eight of their previous ten home games and had only lost four times since May of 2021.

Molde vs Kristiansund – Head To Head 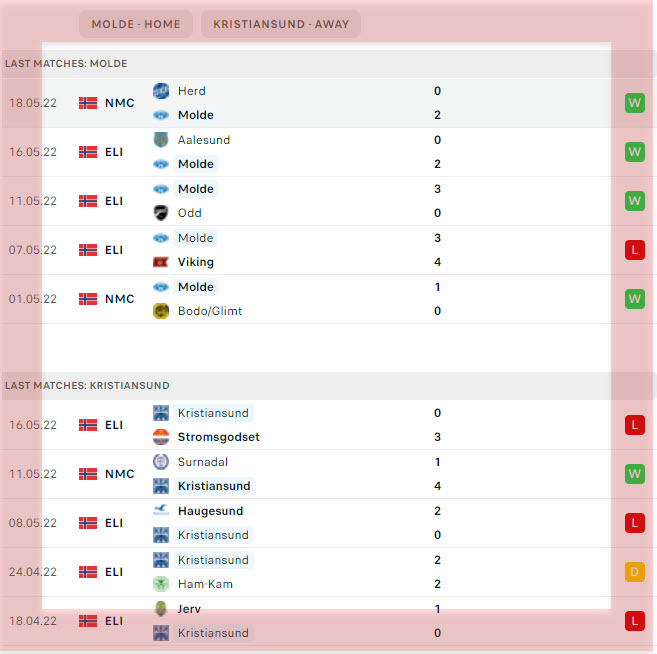