Mechelen vs Genk – Preview, and Prediction

Mechelen vs Genk – Genk have been in excellent form for some time and are scoring at an incredible rate. They’ve been on a roll throughout the campaign, especially at home.

They will be determined to compete for a Conference League playoff spot this postseason.

Meanwhile, Mechelen is battling to establish their rhythm. To add salt to injury, they’re having a lot of trouble on defence as well.
Furthermore, they have had a bad road record for quite some time now.

Finally, they have a dismal head-to-head record versus this opponent over the years.
Genk should win this Friday at the Cegeka Arena for the reasons stated.
The most recent match finished in a 4-1 victory for Genk. Three of the previous five encounters had gone their way.
In three of their previous five meetings, they had scored three or more goals.
The hosts have won their last 12 games at this venue.

Genk is on a three-match winning streak, during which they have scored a total of eight goals. They had also won six of their previous seven home games, scoring two or more goals in each of those games.

Mechelen, on the other hand, had lost five of their previous seven games overall, and nine of their previous eleven road trips. They had also gone on a four-game losing streak in the process. Genk is expected to win this Friday based on these observations. 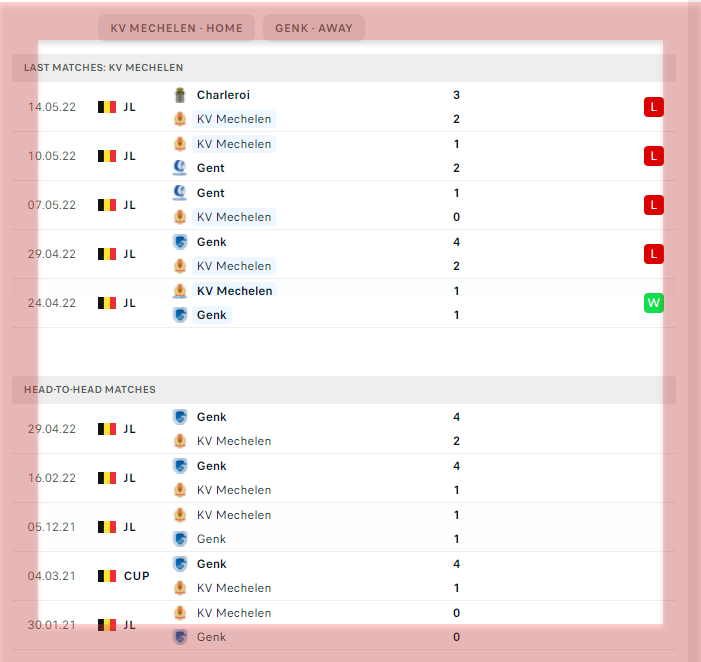