With 20 points from 12 games, the New York Red Bulls are in fifth place in the standings. They have won and drawn five times each, as well as losing twice.

The visitors are now on a roll and just need two more points to reach the top of the table. They’re also on points, with the other three sides on top.

The visitors had earlier drawn their third consecutive game, 3-3 to Chicago Fire, following 1-1 draws with Philadelphia Union and Portland Timbers. New York RB has scored 12 goals in their last six games, while also getting on the scoresheet in each of them.

Inter Miami, on the other hand, sits in 12th place on the standings with 12 points. They won and drew three times apiece in the 12 games they played, while losing six times.

After eleven matches, the hosts have been one of the weakest teams in the division, with a far from faultless backline that has cost them 21 goals.

Inter Miami is coming off a 0-0 MLS draw against Philadelphia Union. They’ve seen their defence breached in five of their past six games, allowing seven goals in the process.

Meanwhile, the New York Red Bulls are the top away team this season, having won five of their six road games and without losing yet. They also have a higher h2h stat than their opponent. 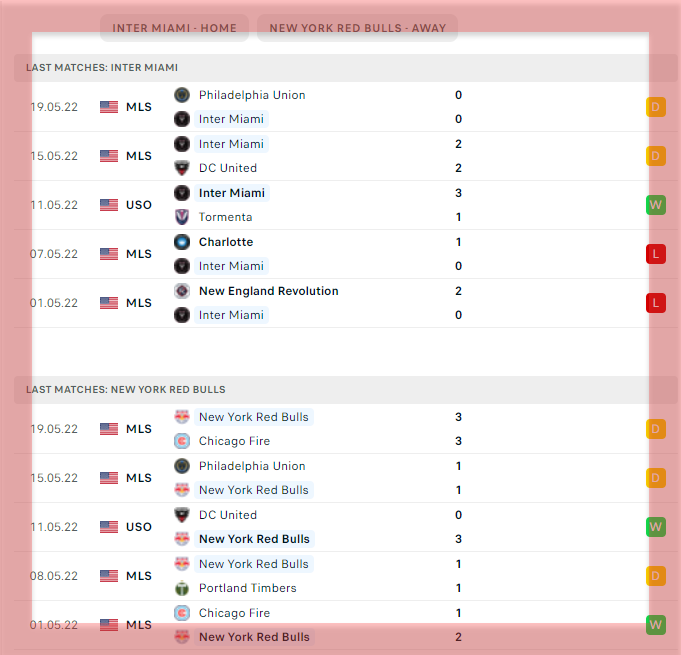