New York City vs Chicago Fire – Round 13 of Major League Soccer begins on Sunday at Citi Field, with New York City FC hosting the Chicago Fire, who are currently in last place in the league.

With 20 points after 11 games, New York City sits in second place in the standings. They won six games in the league, drew twice, and lost three times. In the last five games, the home team has held four clean sheets while conceding only four goals. The reigning MLS champions only need two more points to overtake Philadelphia Union at the top of the table.

Chicago Fire, on the other hand, is at the bottom of the table, finishing in 14th place with just 11 points. They only won twice in the league, drawing five times and losing five times each. The visitors have gone scoreless in six games this season, accounting for 55 percent of their games.

The Chicago Fire and the New York Red Bulls had previously drawn 3-3 in an MLS encounter. Three or more goals have been scored in five of their last six encounters. The visitors’ average number of goals scored is a pitiful 0.83.

Meanwhile, the Chicago Fire have gone winless in their previous four road games, losing three of them. Furthermore, they have a bad track record at Citi Field.
Expect the hosts to win this Sunday, based on the current situation. 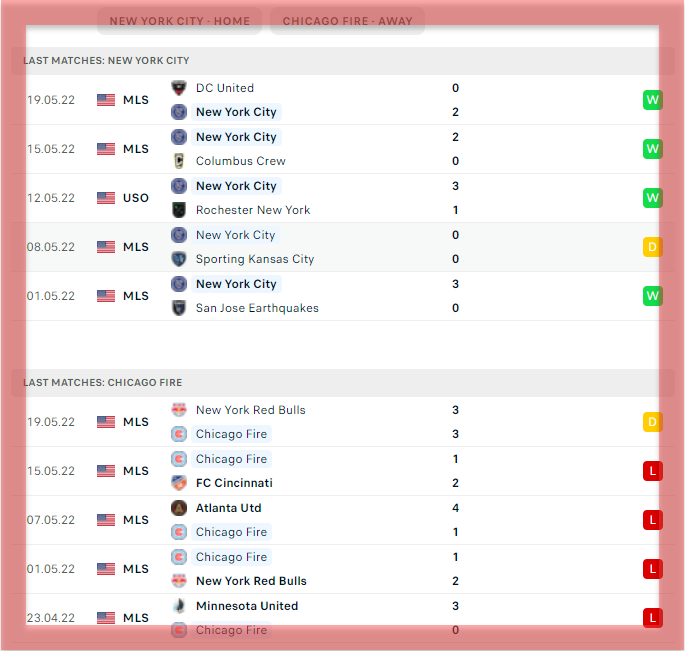