Heerenveen vs Go Ahead Eagles – Preview and Prediction

With 38 points from 33 games, Heerenveen is in ninth place in the standings. In the league, they won 10 games, tied 8 games, and lost 15 games. If they win here, their chances of making the Conference League playoffs will go up, but they also need NEC to lose their next game.

The home team will want to do better than they did in their last Eredivisie game, which they lost to Ajax 5-0. There could be a couple of goals here, since Heerenveen’s last six games all ended with two or more goals.

Go Ahead Eagles, on the other hand, have 36 points and are in the 10th place on the table. In the league, they won 10 of the 33 games they played, tied 8 of them, and lost 17 of them. The visitors’ defense needs to get better because they have been giving up goals lately.

The Eagles will want to get back to winning after losing to Feyenoord 1-0 in the league last time out. That loss was their fourth in a row in the league.

Heerenveen vs Go Ahead Eagles – Head To Head 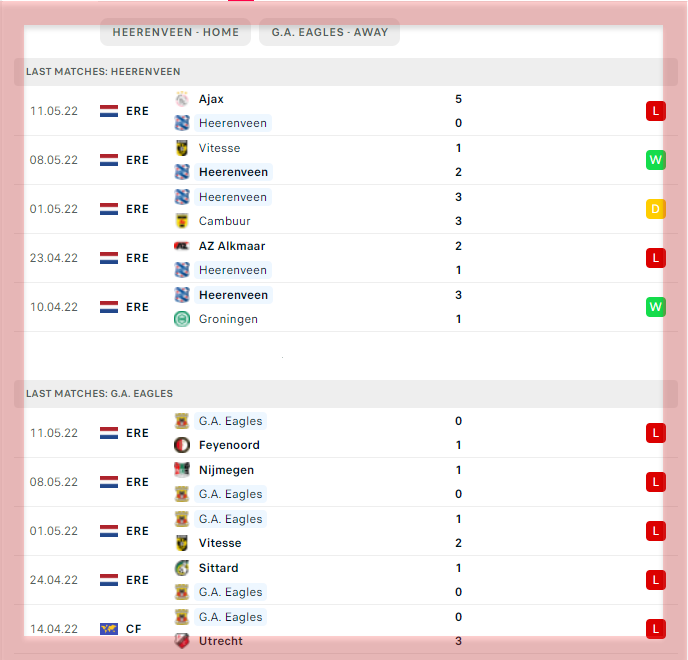