FC Utrecht vs Vitesse – Vitesse, and Utrecht both finished in the top tier of the Dutch premier division this season. However, their performance near the end of the season was concerning, and it should be remembered that neither team had a strong defense in the second half of 2021-22.

With a ticket to the Conference League on the line, the two squads face off on Thursday, and we can expect either of them to give it their all on the pitch. And with both teams’ defenses being a worry, the potential of goals abound.

Goals have also been scored in large quantities in previous head-to-head matches. This game week, the BTTS wager appears to be quite promising.

Both clubs have scored goals in the last three games, and three of the last five sessions included three or more objectives.

Both sides scored in five of the previous six meetings at this venue. The most recent match at this venue ended in a 1-1 tie.

Utrecht had lost 11 of their previous 14 games overall, and they had only won twice at this venue since November of 2021. Throughout this run, they have given up a lot of goals, especially at home.

Based on these findings and recent head-to-head scorecards, expect a high-scoring matchup between the two teams tomorrow.

Vitesse is one of just two top-tier teams with a negative goal differential. Meanwhile, Utrecht had conceded only six goals less than the league’s bottom-placed team. 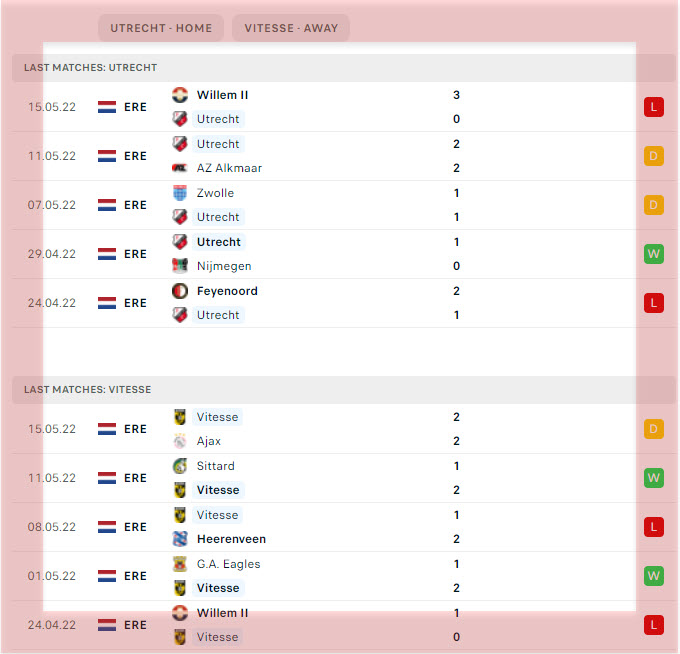