Crystal Palace vs Manchester United – The Red Devils are in a simulated final. They are currently in sixth place in the table, with a two-point lead over in-form West Ham.

And if the Hammers manage to pass them on the final day, United will have to settle for a place in the Conference League rather than the Europa League.

This is nothing short of an embarrassment for a team of their stature, and they will do anything to avoid it. We should expect them to give it their all on the field for the three points this weekend.

Fans, on the other hand, are concerned that they are on the road, where they have not been particularly successful recently. Furthermore, they will face Crystal Palace, who have been in good form in recent weeks.

Furthermore, the squad would prefer to deprive the Devils the chance to compete in the Europa League, particularly in this highly anticipated match.
Goals are likely to come from both ends of the pitch this Sunday, based on either team’s determination. Furthermore, the Devils’ defense has been in poor form recently.

The Devils had won their most recent match by a score of 1-0. The past four overall victories were split evenly between the two teams. Three or more goals were scored in four of the previous six matches at this location. The last time these two teams met in this venue, the result was a 0-0 tie.

Aston Villa held Crystal Palace to a 1-1 draw on the road on matchday. They’ve also gone four games without losing, and they’ve gone undefeated in their last seven home games.

Manchester United, on the other hand, lost 4-0 to Brighton on the road last week. And this has left them in a precarious position. If they want to finish in the top six, they simply must win this weekend.
However, they are on a five-game losing run on the road, which is concerning.
As things stand, there’s a good probability that both teams will score a lot of goals this weekend. 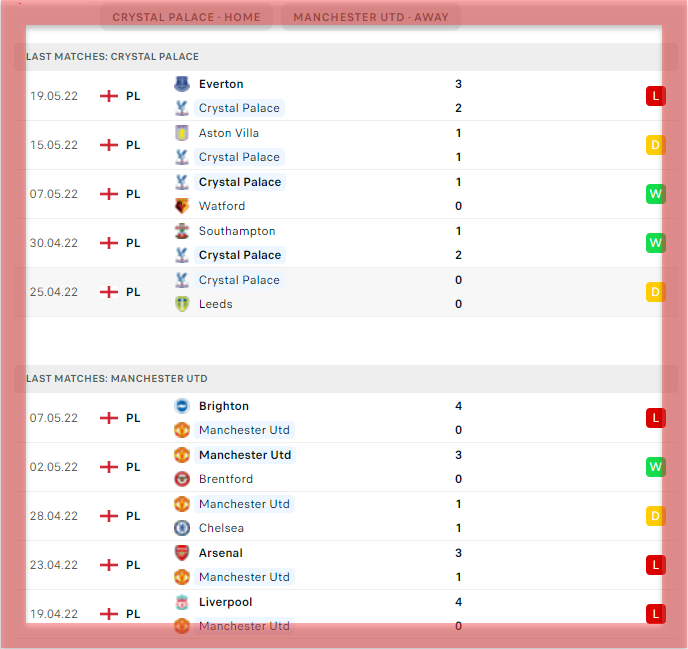