Colorado Rapids vs Seattle Sounders – This season has started off slowly for the Colorado Rapids. They won four, drew three, and lost five of their 12 league games this season, putting them in eighth place.

Their current position is on the outskirts of the safe zone, and they will be hoping to gain it by winning the next game. The Colorado Rapids were defeated 2-1 by Sporting Kansas City in their most recent league match.

They had just come off a 2-0 victory over Los Angeles FC before suffering the aforesaid defeat. As a result, they will be aiming to resume their winning ways. Meanwhile, the Seattle Sounders have had a slow start to the season.

They had the same problem till a few games ago. Their recent recordings have improved, and they have garnered enough points to move up to the 11th position on the table.

In their most recent league match, the Seattle Sounders defeated Houston Dynamo 1-0 on the road. With that victory, they now have a two-game winning streak in the league. They’ll be trying for a third straight win.

The Colorado Rapids have won two, drawn two, and lost one of their last five meetings with the Seattle Sounders. Three of the last five head-to-head meetings between these two clubs have resulted in both teams to score.

Rapids are currently on a four-game winning streak over Seattle Sounders at this site . Colorado Rapids’ recent home form has been outstanding. So far this season, they haven’t lost a game at home. They also scored two or more goals in four of their six home games this season. 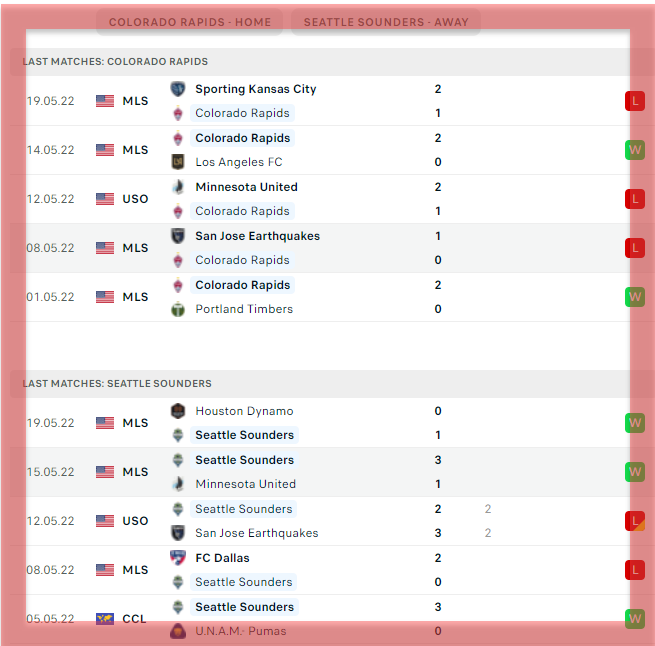