FC Porto vs Tondela – This season’s final of the Portuguese domestic cup is a strange contest. Porto will face Tondela, one of the weakest clubs in the league this season.

Most importantly, this squad has previously been demoted, emphasising the quality gap between the two. Porto has had a fantastic run of form, scoring at an incredible rate.

They are confident in their ability to win the league, and as a result, they have gained a lot of momentum. Tondela, on the other hand, is in bottom position in the league table and will have to play in the lower level for at least one season.

They are currently without a win and are conceding goals in alarming proportions. Furthermore, they have a dismal recent head-to-head record against this opponent. Porto appears to be on the verge of completing their domestic double this Sunday.

The most recent match ended in an 0-4 victory for Porto, and they’ve won 12 consecutive games. They had scored 24 goals in their previous eight matches. In two of their previous three meetings, they had kept clean sheets.

Tondela, on the other side, is on a seven-game losing streak and has lost 17 of their last 20 games. It’s also worth noting that they’ve lost 14 of their last 16 away games.

Finally, they have a concerning recent head-to-head record against this opponent. Because of these factors, Porto is expected to win the domestic cup this weekend. 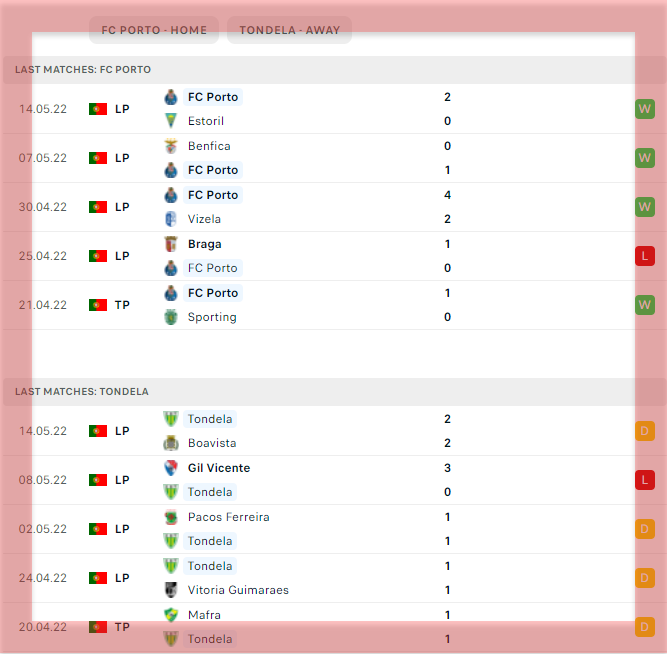