Peter Vermes will face a significant struggle in trying to lift emotions in his locker room ahead of Wednesday’s match against the Colorado Rapids at Children’s Mercy Park. Sporting Kansas City looks a lot better at home than it does on the road. They did, after all, win both of their MLS games this season in their own backyard.

They demonstrated their quality by eliminating Dallas FC in the US Open Cup R32 after extra time seven days ago. Considering the Colorado Rapids’ road record, we have plenty of grounds to expect a home win, despite Sporting KC’s weekend score.

So far this season, the Colorado Rapids have only one point from five away games. They will be coming off three consecutive road losses. Robin Fraser’s side has conceded three goals in two of their last three away matches, which does not bode well for the visitors ahead of their meeting against Sporting KC, who have scored six goals in their last two games across all categories.

In the history of this meeting, home court advantage has been crucial. Sporting KC has won 28, drawn 7, and lost only 9 of 44 home matches against the Colorado Rapids, behind the series by four wins going into the 84th match.

Interestingly, none of the previous four meetings between these two teams have generated three or more goals, including Colorado’s 2-0 triumph in the reverse draw earlier this season. So far this season, the Colorado Rapids have been terrible on the road, and the history of this meeting backs up the importance of home court advantage. 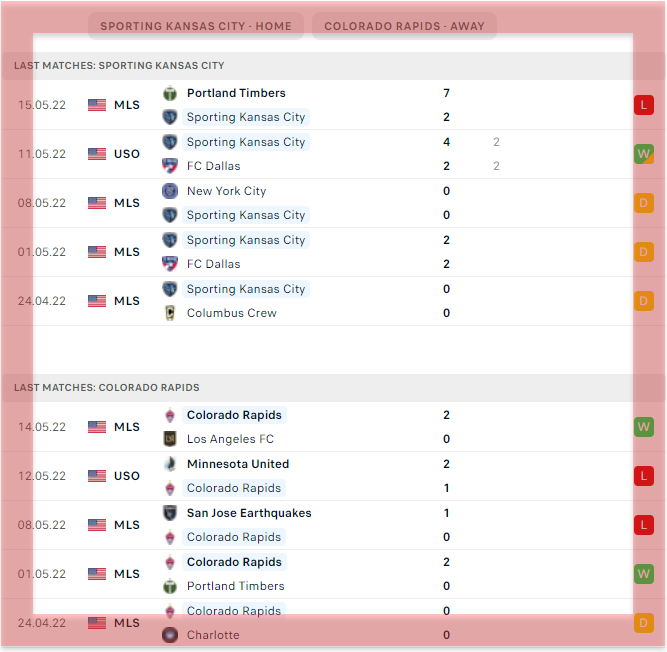