Ceara vs General Caballero JLM – Even against the worst teams in the Paraguayan league, it has been hard for the home team to win. So, we think Ceara has the best chance of winning all three points in this match and still being in first place at the end of the matchday.

Ceara has scored an average of two goals per match over the last few games. In their last two away games, they have not given up a goal.
Based on how good both teams are right now, we think Ceara will win by one or two goals and not give up any.

The offensive line for the away team has been on fire in the last five games, scoring in each one. The home team has had trouble scoring. In fact, they have only scored once in four games.

So, we think that only the team that is playing away from home will score and keep a clean sheet.
The home team is coming into this game after a tough loss in their league. Los Rojos took the lead in the first half thanks to goals from Junior Marabel and Guillermo Hauche. Olimpia, on the other hand, couldn’t score.

But the second half was different, and the away team scored 3 goals to turn the game around.
In Group G of the Copa Sudamericana, Ceara is in the lead with 6 points out of 6 after the first two games. They haven’t lost yet. In the Vozao’s last Copa do Brasil game, they beat the Brazilian Serie B team Tombense easily. Ceara has had a great season so far, but on the last day of the Brasileirao, they lost 1-3 at home to Botafogo. 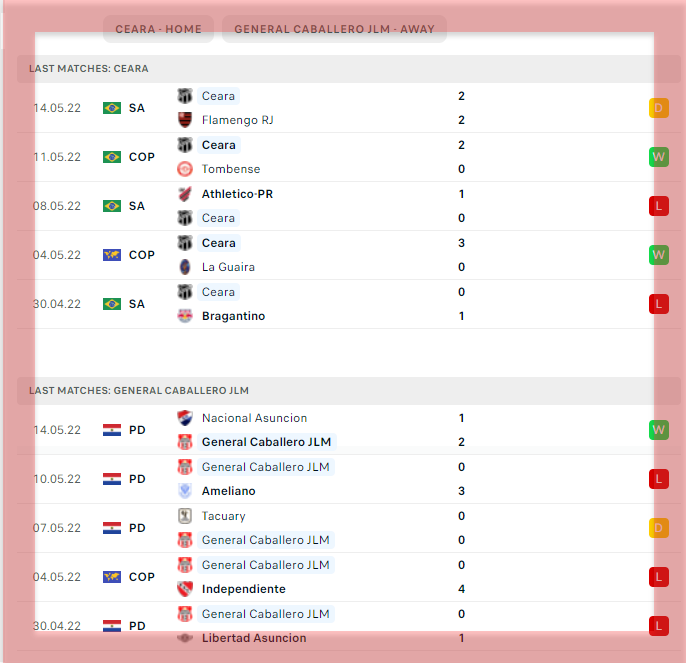