SonderjyskE vs Viborg – Preview, and Predictions

SonderjyskE vs Viborg – Sonderjyske are currently at the bottom of the relegation table, with a lackluster offensive and defensive lineup. They have only won a few times and have lost more games than they have won and drawn.

In their most recent league match, Sonderjyske drew 1-1 with Odense on the road. In the league, the aforementioned drew spun a string of four unbeaten games for them. With the help of home advantage, they’ll try to make it four in a row.

Meanwhile, Viborg is in first place in the relegation standings, three points ahead of Odense, who is in second place. They will be looking to keep their current position in the SuperLiga Playoffs. Their sole goal is to win the forthcoming match. In their most recent league match, Viborg defeated Aarhus 1-0 at home. It was their fourth consecutive unblemished league record. They will be trying to continue their winning streak and maintain their position at the top of the relegation table.

At home, Sonderjyske have a mediocre record. They have lost five of their last six league games at home. Their offensive line appears to be adequate, but their defense appears to be lacking. Viborg, on the other hand, has won five of their last seven league road games. When compared to Sonderjyske, they have a stronger offensive and defensive lineup.

Furthermore, Viborg has a perfect record versus Sonderjyske. As a result, we have no choice but to endorse Viborg to win their SuperLiga match against Sonderjyske on Saturday. 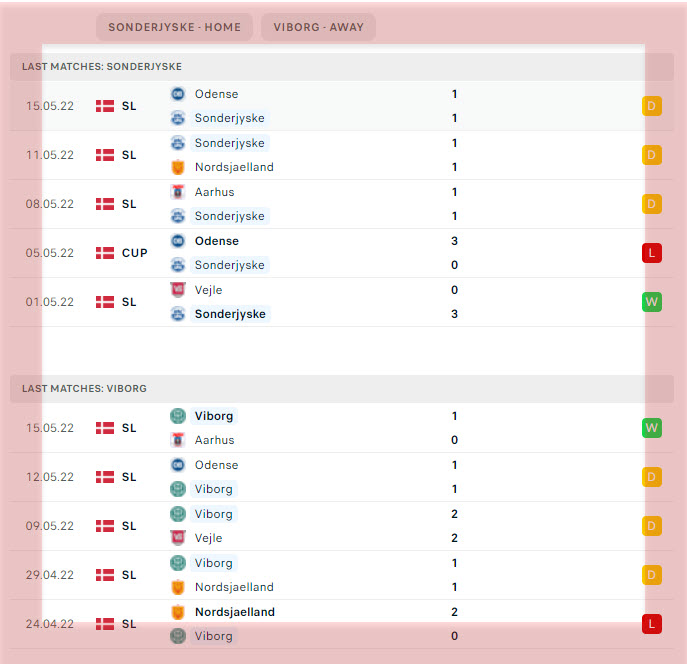