Melbourne Victory vs Western United FC – Melbourne Victory has had a fantastic run of form recently, and they’ve been scoring goals at an astounding rate. They had also won the first leg, and it had been on the road.

All they have to do now is maintain their momentum and maintain their lead in front of their home crowd. Meanwhile, Western United has been striving to get at least one excellent result every now and then.

They’ve lost the majority of their games recently, and they’ve been particularly bad on the road. Furthermore, they have a dismal head-to-head record versus their competitor in recent seasons. Melbourne should win this Saturday, based on the current situation.

Melbourne had won 0-1 on the road in their most recent meeting. They had won four of the previous five meetings. Goals have been scored by both teams in every match played at this venue. The most recent match at this venue ended in a 1-1 draw.

Western United, on the other hand, had lost four of their previous five overall games and five of their previous six road trips. They must now overcome a one-goal deficit, which will need them to focus more on their offense. And this is exactly what the Melbourne hosts desire.

They’ll aim to exploit the holes left in the defense, which boosts the odds of a flurry of goals. This weekend, expect them to win convincingly. 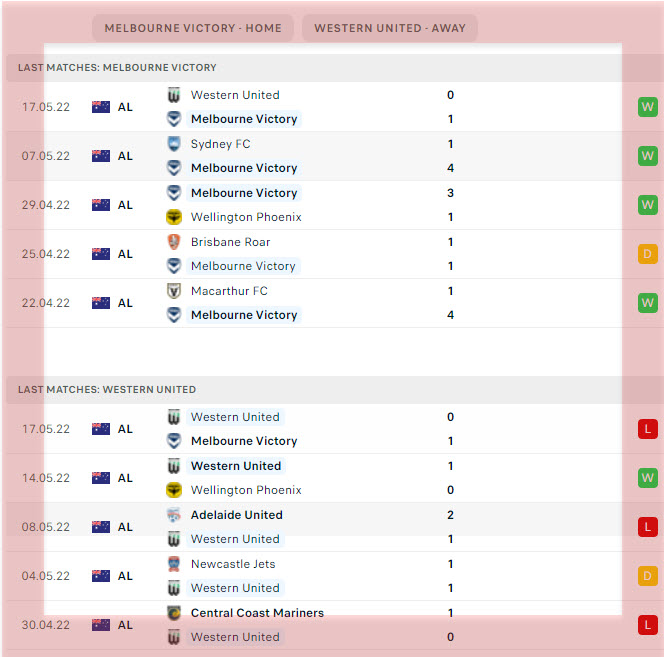