Sivasspor vs Slavia Prague – After playing Fatih Karagümrük to a draw in the previous round of the Super Lig, Sivasspor has been preparing for this match.

During that match, Sivasspor held a 47% possession advantage and had 7 shots on goal, with 3 of them finding the back of the net. On the other hand, Fatih Karagümrük had a total of 12 shots on goal, three of which were successful.

In recent matches, a blank sheet for Sivasspor has occurred far too infrequently to be considered normal. The fact that Sivasspor have failed to keep their opponents from scoring in 5 of their last 6 matches,

resulting in a total of 12 goals conceded over that span, will be a cause for concern for them. The most recent match that Slavia Prague played in was a stalemate against FC Slovácko in the First League that ended 1-1.

Lukas Provod was the lone player from Slavia Prague to score (in the 74th minute). Merchas Doski (1′) scored for FC Slovácko.

In the previous six matches that Slavia Prague’s team has participated in, there have been a total of 24 goals scored, which works out to an average of 4 goals per game on mean.

This demonstrates that Slavia Prague tends to play in games that are fruitful. Their adversaries have scored three hits from this total. It is up to us to choose whether or not that pattern will be maintained over here.

Riza Almbay, the manager of Sivasspor, has a perfectly healthy roster available to pick from, thus he has no fitness concerns heading into this matchup.

The Slavia Prague manager, Jindich Trpiovsk, does not have a fully stocked roster to choose from. Due to their respective injuries, 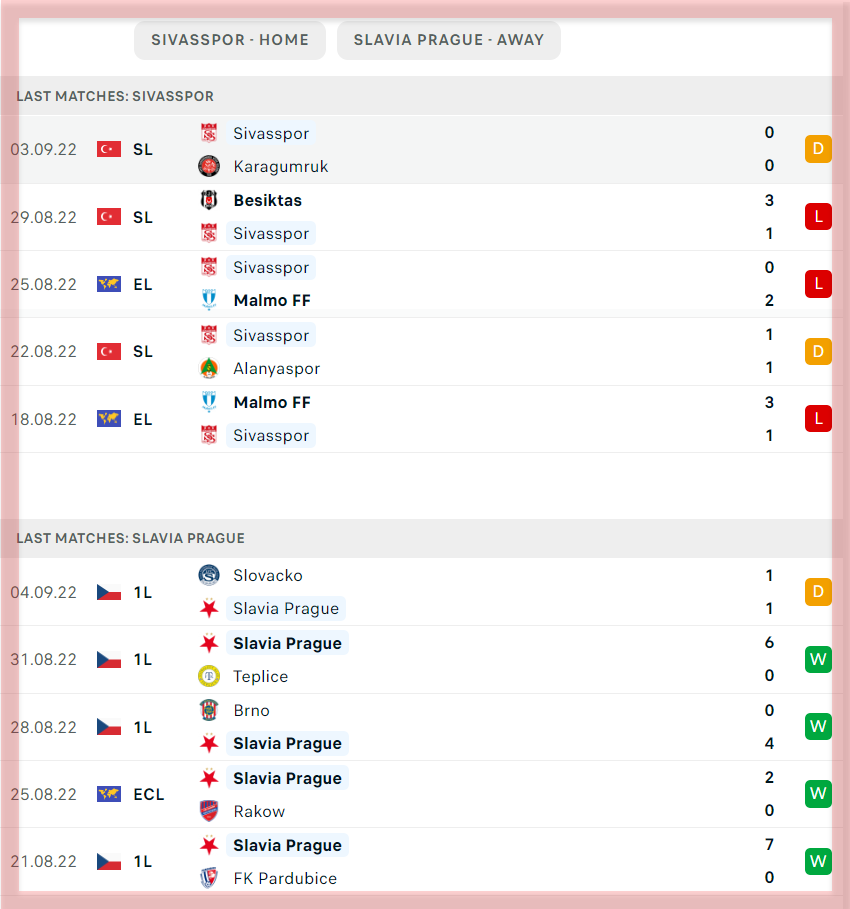