Tottenham vs Marseille – Preview and Prediction

Tottenham vs Marseille – After their most recent result, a 2-1 Premier League triumph over Fulham, Tottenham Hotspur is hoping to continue their winning ways.

In that game, Tottenham Hotspur had 52% of the possession and 10 of their 23 efforts on goal were successful. Harry Kane (75′) and Pierre-Emile Hjbjerg (40′) scored goals for Tottenham Hotspur.

Three of Fulham’s nine shots on goal were on target. For Fulham, Aleksandar Mitrovi scored in the 83rd minute. Tottenham Hotspur hasn’t been able to stop scoring, finding the back of the net in all six of their recent games.

In that time, they have amassed 12 while giving away a total of 5. We will just have to wait and watch if that pattern will be sustained in this forthcoming game because no two games are ever the same.

Marseille comes into this game off of a 0-2 Ligue 1 victory against AJ Auxerre. Marseille enjoyed a 53% possession advantage and 15 shot attempts, seven of which were successful.

Alexis Sánchez (84′) and Gerson (7′) scored goals for Marseille. Two of Auxerre’s eight shots on goal were successful. Marseille has amassed a total of 13 goals throughout the course of their last 6 games.

Marseille has also been successful in scoring in each of those contests. They have had 3 goals scored against them throughout that period.

Rodrigo Bentancur, Ryan Sessegnon, Dejan Kulusevski, Heung-Min Son, and Harry Kane. Igor Tudor, the manager of Marseille, has no players who need to be considered for this game due to any injuries.

Tottenham vs Marseille – Head -to- Head 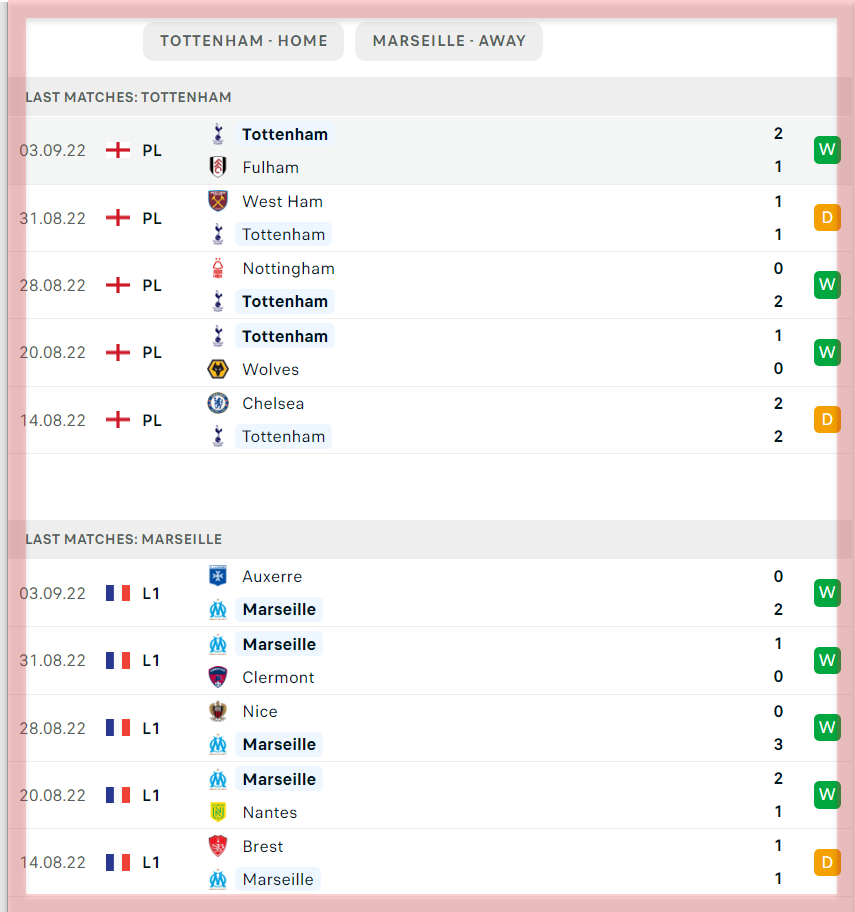