Ajax vs Rangers – Preview and Prediction

Ajax vs Rangers – Ajax supporters will be hoping for a repeat of their most recent victory over SC Cambuur in the Eredivisie, which they won 4-0. Steven Bergwijn (35, 40), Devyne Rensch (53), and Mohammed Kudus (64), all for Ajax, scored goals.

Ajax games have recently been notoriously entertaining matches with lots of expected goalmouth activity. There have been a total of 27 goals scored between the two sides in their last six meetings (at an average of 4.5 goals per game),

with 19 of those goals coming from Ajax. Whether or not that tendency can continue here will be intriguing to see. Rangers will be looking to rebound here after suffering loss to Celtic in Premiership action the previous time they played.

Rangers have scored three or more goals in a total of five of their last six games. In that stretch, there were 3.5 goals scored on average per game, with Rangers scoring an average of 2.

Ajax vs Rangers – Head -to- Head 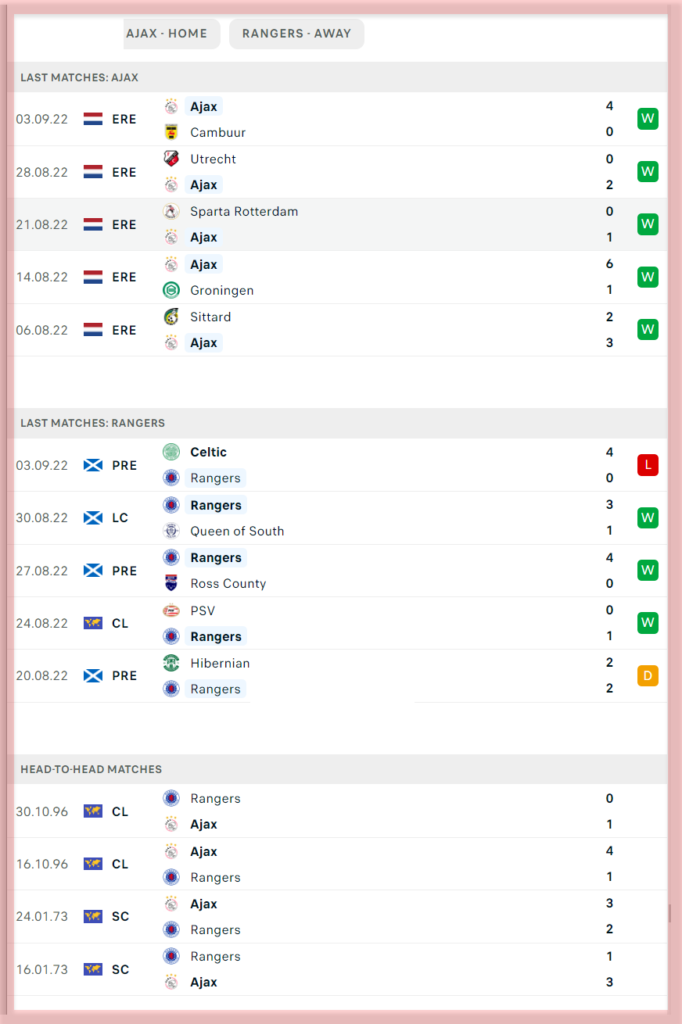