Club Bruges vs Bayer Leverkusen – Following up on their recent performance, Club Brugge will be looking for more of the same following their 4-0 First Division A victory over Cercle Brugge.

Club Brugge had a 63% possession advantage and made 8 shots on goal, four of which were successful. Andreas Skov Olsen (43′), Casper Nielsen (67′), and Roman Yaremchuk (82′) scored goals for Club Brugge.

Cercle Brugge had 13 shots on goal at the opposite end, only two of which were on target. Cercle Brugge’s own goal in the 59th minute was scored by Harisson Marcelin.

In five of the last six games in which Club Brugge participated, at least three goals per game were scored. In these games, their opponents scored five goals, while Club Brugge amassed fourteen.

Bayer Leverkusen will be looking to rebound after suffering a setback to Freiburg in Bundesliga 1 action the last time around.

Bayer Leverkusen enjoyed 50% of the possession in that game and made 15 efforts on goal, scoring on six of them. The goals were scored by Kerem Demirbay (16′) and Patrik Schick (65′) for Bayer Leverkusen.

Four of Freiburg’s six shots on goal were on target. Ritsu Dan (72′), Michael Gregoritsch (51′), and Matthias Ginter (48′) all scored goals for Freiburg.

We have scored 22 goals in the last 6 games Bayer Leverkusen have played, averaging 3.67 goals per game, demonstrating their participation in successful games.

13 of these goals have been scored by rival teams. Even so, it remains to be seen whether this pattern will hold true for this particular game.

Gerardo Seoane, the manager of Bayer Leverkusen, has absolutely no fitness concerns heading into this matchup because he has an entirely healthy group of players from which to chose. 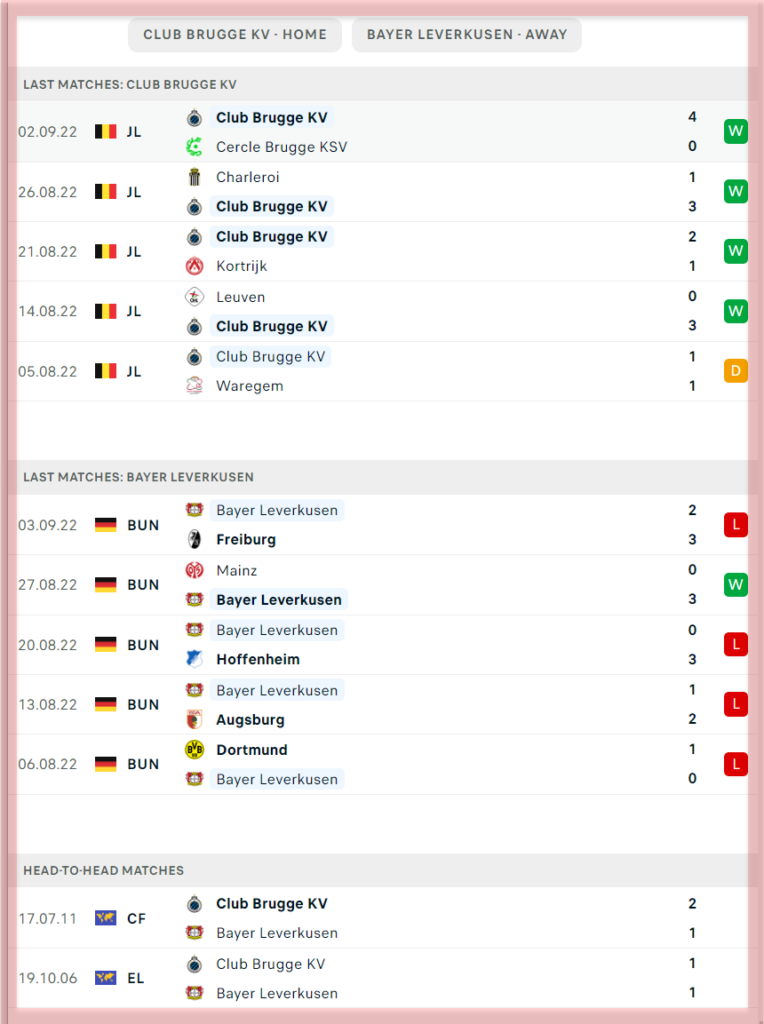