heff Utd vs Nott’m Forest- Sheffield United are hoping for ninth time lucky after failing in all eight prior play-off tries! They’ll be confident after a 4-0 win against Championship winners Fulham and a four-match unbeaten league run (W3, D1) to end their play-off hoodoo.

But they did surrender to Nottingham Forest in March (D 1-1), continuing a streak of close-fought matches between the teams, with only one of the last six H2H games decided by more than one goal. The ‘Blades’ have won three of the last five H2Hs (D2) at Bramall Lane and haven’t lost since April 2004. (W3, D5).

Forest, certain of a top-six finish, didn’t finish well (D1, L1), but they’ll need to bounce back to beat their 2010/11 Championship play-off exit. After starting the season in the relegation zone, qualifying in fourth place is a tremendous comeback.

That stalemate in March will boost a team that rested players before drawing 1-1 with Hull City. In a game where goals may be scarce, striking early is crucial, and Forest have only lost once this season after scoring first (W8, D2). 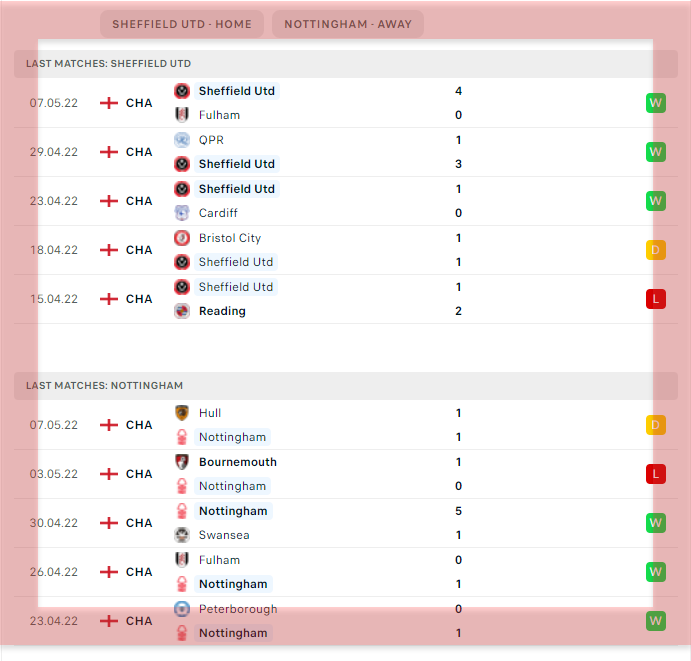