Vejle vs Aarhus – Preview and Prediction

Vejle vs Aarhus – So far this season, Vejle‘s play has been disappointing. Because of their bad form, they were put on the table. They now have 23 points and are in 11th place, which is in the bottom half of the league. With only three games left, there isn’t much to look forward to from them.

But they still have a chance to stay in the top division. They are six points behind Aarhus, which is in 10th place and not in danger of going down. They will play Aarhus in their next game, which is a coincidence, and they will have the advantage of being at home.

Aarhus, on the other hand, has been bad lately in the league. They have had a string of league games where they didn’t win. As a result, the gap between them and the bottom of the league is narrowed. They need a win and the points that come with it more than anything else.

Anyway, they can’t have a good performance with the way they are right now. They drew 1-1 at home against the team at the bottom of the table, Sonderjyske. This was their 11th straight league game without a win. They won’t get enough spirits from this kind of shape.

In their last 5 games against Vejle, Aarhus won two, tied two, and lost one.
In seven of the last ten head-to-head matches between these two teams, both teams scored.
The last time they played here, Vejle won by a score of 3-2.

Vejle has been doing well at home as of late. In all competitions, they haven’t lost at home in eight of the last ten games. In the league, they’ve only lost once in the last eight games.

On the other hand, Aarhus hasn’t won in five games away from home. They have also been giving up a lot of goals.
Taking into account all of these facts, we think Vejle will beat Aarhus on Thursday when they play a Superliga game.

Vejle vs Aarhus – Head To Head 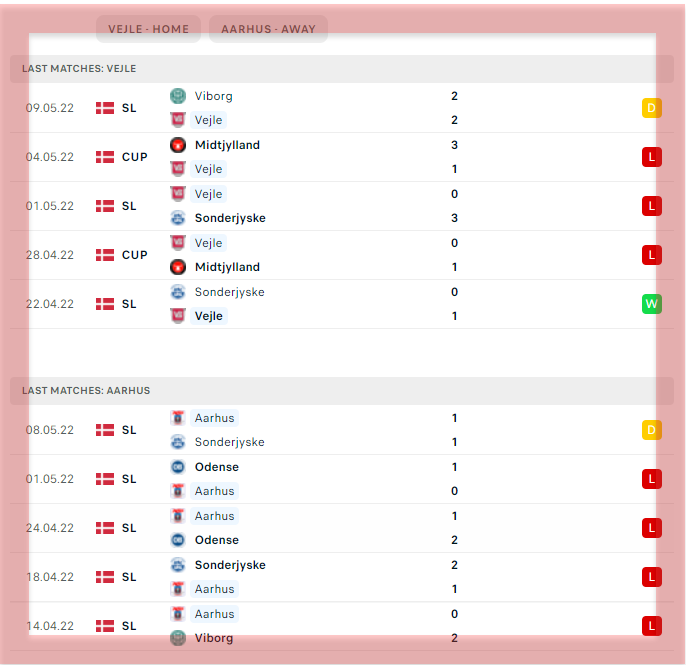