Seattle vs Kansas – Preview, and Prediction

Seattle vs Kansas – Seattle Sounders visit Sporting Kansas City on Saturday at Lumen Field. Both teams are used to competing for first in the Western Conference.

Seattle is unbeaten in three domestic matches and in the last playoff spot, while KC has won two straight in all competitions and is four points behind. Seattle was sluggish and sloppy against LAFC four days after beating Vancouver 4-0.

The fact that their technical play was below level and they still managed to grab a point shows how far this squad has come since the start of the season and the kind of difference makers they have.

With two more home games this month, Brian Schmetzer’s team may be in the top four by July. The Sounders have only lost once while scoring first, but they’ve blown seven second-half leads.

The Rave Green have good consistency and understanding on the field, regardless of who is playing. They didn’t display it as much last Saturday. Given how difficult things have been, winning consecutive games is a positive step forward.

Last Sunday, they beat Nashville SC, one of the league’s stoutest defensive teams, which had a 25-match home unbeaten streak. KC then beat Union Omaha 6-0 to go to the U.S. Open Cup semifinals, so they may be reviving.

Lumen Field is one of the most intimidating venues in the league, but this club has won their previous three away games in the Pacific Northwest, scoring multiple goals in each.

Peter Vermes has had a difficult season in 2022, possibly more so than ever before. They’ve lost several key attacking players to injury and are lagging behind their opponents in transition, conceding the second-most goals in the league.

Seattle vs Kansas – Head -to -Head 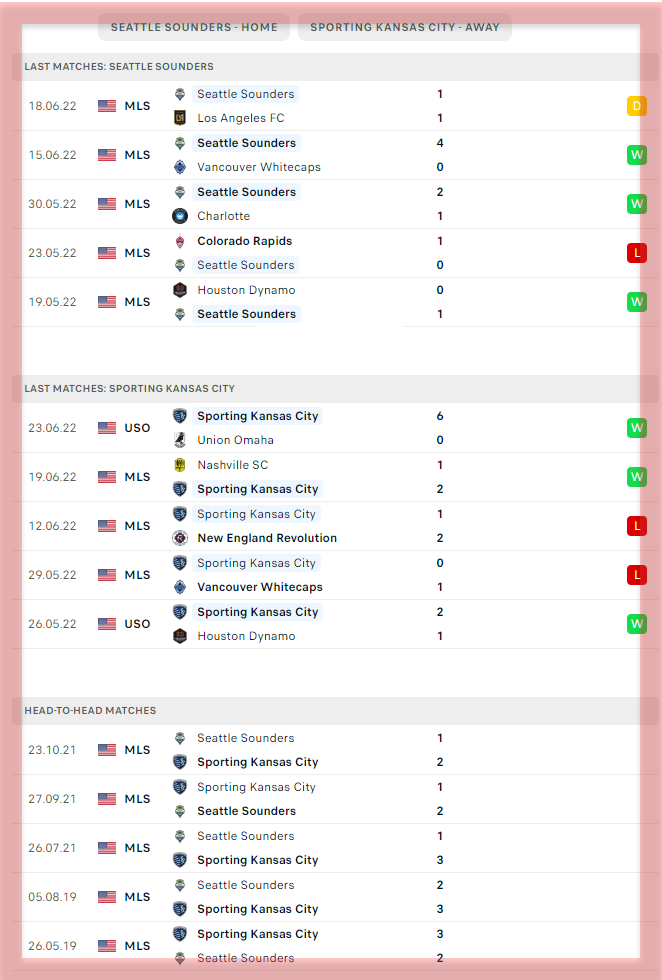