Cincinnati vs Orlando City – Cincinnati have a chance to sweep their regular-season series with Orlando City on Friday when the two sides meet at TQL Stadium.

At the moment, Cincy are trailing Charlotte FC for the final playoff berth in the Eastern Conference on goal difference, with the Lions currently fourth, gaining a point in their previous two MLS matches.

The Orange and Blue, who have lost their last three league games, are no strangers to the agony of being out of playoff contention. For now, Pat Noonan’s team isn’t delivering to his expectations, but after 15 games they are far better than they were in any of their prior campaigns.

You’d think things could only get better for the Midwest club after three straight seasons at the bottom of the domestic standings. There are still 19 games left in the 2022 regular season for Cincy, and they’ve already tied their regular-season record from 2019.

They are among the top teams in the league regarding expected goals, with their attacking players causing fits for backlines with late runs and numbers in the box.

The Orange and Blue have yet to address a problem that has dogged them since their inception in the league: an inability to prevent goals, with the third-most in the Eastern Conference being conceded by them (26).

In the Magical Kingdom that is Orlando, the Lions have been squeezing through of late by grinding out results, currently two points behind New York City FC for first in the East.

Their football isn’t visually pleasing, but they’ve had a lot of success with it. Orlando City SC beat Houston Dynamo on Saturday, 2-1, just days after drawing the New England Revolution (1-1).

Oscar Pareja uses his fullbacks to create space whenever possible. Despite being well-structured and planned, the Lions’ coach believes they must enhance their polish while still concluding games strongly.

At this point, the Magic have three straight road wins and have never lost in Cincinnati, where they last blanked them 1-0 last year. It has taken some time for the new players on this team to acclimatize to their new surroundings, which has at times hampered their camaraderie on the field. 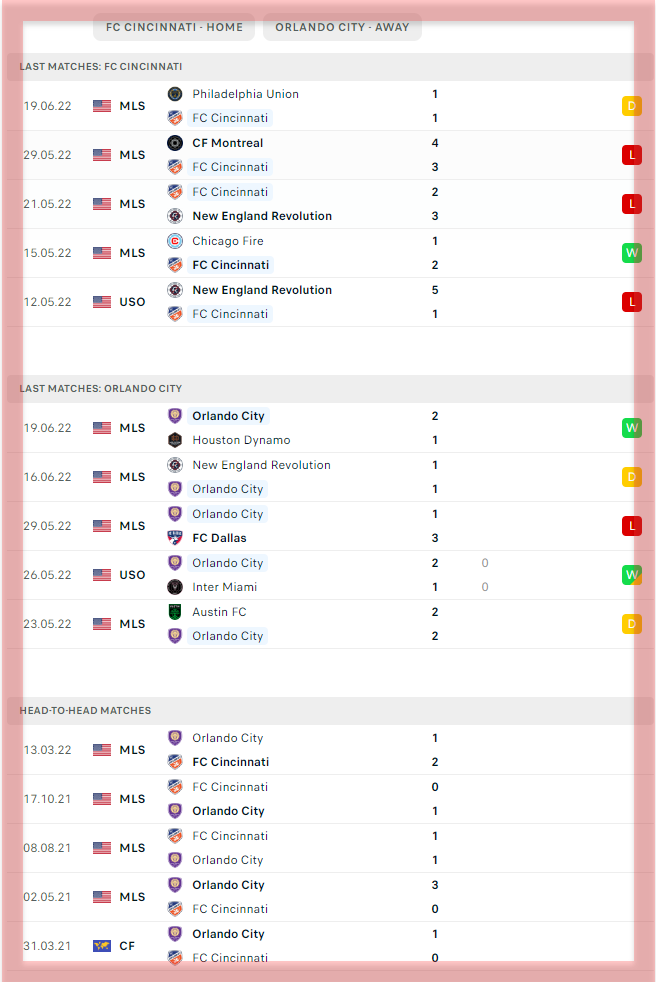