Boca Juniors vs Union – Boca Juniors can take sole ownership of first place in the Argentine Primera Division if they beat Union on Friday. Azul y Oro are tied for top with 36 points, but Union plummeted to 23rd after losing 5-1 at River Plate.

Boca Juniors scored eight goals in victories over Tigre (5-3) and Barracas Central (3-1). Sebastian Battaglia’s men are unbeaten in 12 home games in all competitions.

This club hasn’t won the domestic title since 2019-20, but that seems like a long time for a team with a long winning tradition. To beat this superb side, you must score first, as their only two domestic defeats came when they went scoreless.

Their offensive pressing is as good as any in Argentina, pushing opposing center-backs to make split-second decisions and creating chances from mistakes. Santos and Boca Juniors compete in a Copa Libertadores semi-final in 2021.

Union continue to struggle at home and are 0-2 in the second phase of this competition. They’ve won three straight road games in all competitions and scored eight goals.

A win on Friday might push them back into contention for a Copa Sudamericana spot next year, trailing Banfield by five points. Gustavo Munua’s squad has conceded the most goals in this round after four matches (10). Union rarely plays quietly, but their fullbacks often push too high up the field and get caught in transition. 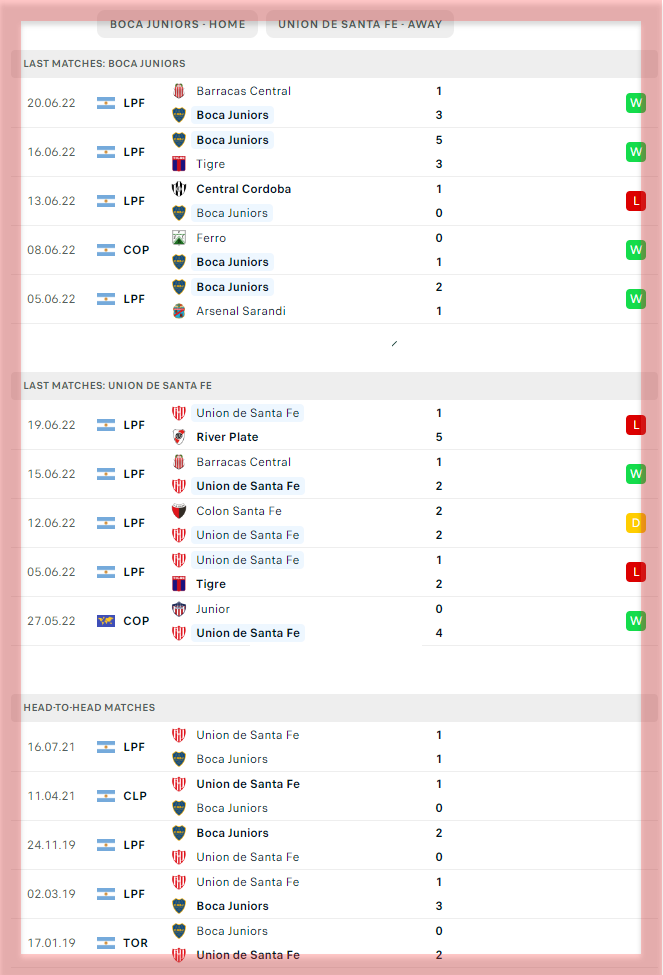