Sao Paulo vs Palmeiras – Three days after facing each other in a fiery Brasileiro Serie A tie, arch-rivals Sao Paulo and Palmeiras will do battle in the opening leg of their round of 16 Copa do Brasil duel at Estadio Cicero Pompeu de Toledo on Thursday.

Palestra struck twice in the dying few minutes Monday, startling Tricolor Paulista 2-1 and extending their unbeaten record in all competitions to 19 straight games.

Sao Paulo appeared prepared to win consecutive home games but lost their focus at the most inconvenient time, dropping down to ninth in the rankings after losing a second straight domestic encounter.

That was the sixth time in their previous seven domestic encounters in which they had failed to hold a second-half advantage, having squandered 13 points from winning positions since May.

After a pair of excellent defensive outings in the first two rounds of this competition, Rogerio Ceni’s men reacted impressively in the second half of their initial third-round tie versus Juventude, erasing a two-goal deficit, earning a 2-2 draw heading home where they triumphed 2-0 in the return battle.

The club from the Morumbi district are successful when their defensive midfielders can control and dictate possession, but they rely heavily on their attack-minded players to be flexible in defensive transitions.

Soberano have made it into the last 16 of this competition for a fourth successive season, going beyond this position in each of their previous two attempts.

After winning 15 of their 20 home games in all competitions and keeping 11 clean sheets, Sao Paulo has only lost two of those games so far in 2022. Palmeiras have been a difficult team to beat since the beginning of the year, and that hasn’t changed recently.

Since their last loss to Ceara on April 9th, when they lost 3-2, Abel Ferreira and his squad have won four straight games, all with less than 10 minutes to go.

In the opening third-round leg against Juazeirense, Verdao overcame a 1-0 deficit to win by a score of 2-1 and then won by the same score of 2-1 in the return match thanks to an 83rd-minute penalty.

Ferreira is full of tactical surprises that tend to catch opponent managers off guard and make them think, while his players are knowledgeable enough to apply subtle modifications in the middle of a game.

Palestra are rarely in a hurry to gain the ball back when out of possession and have been satisfied to defend deep, waiting for the proper moment to strike.

As a result of their deep defensive set-up and the amount of space they must cover, the team’s goalie Weverton has had to come up big time when the game was close to being over, even though they rarely lose 50-50 matches. 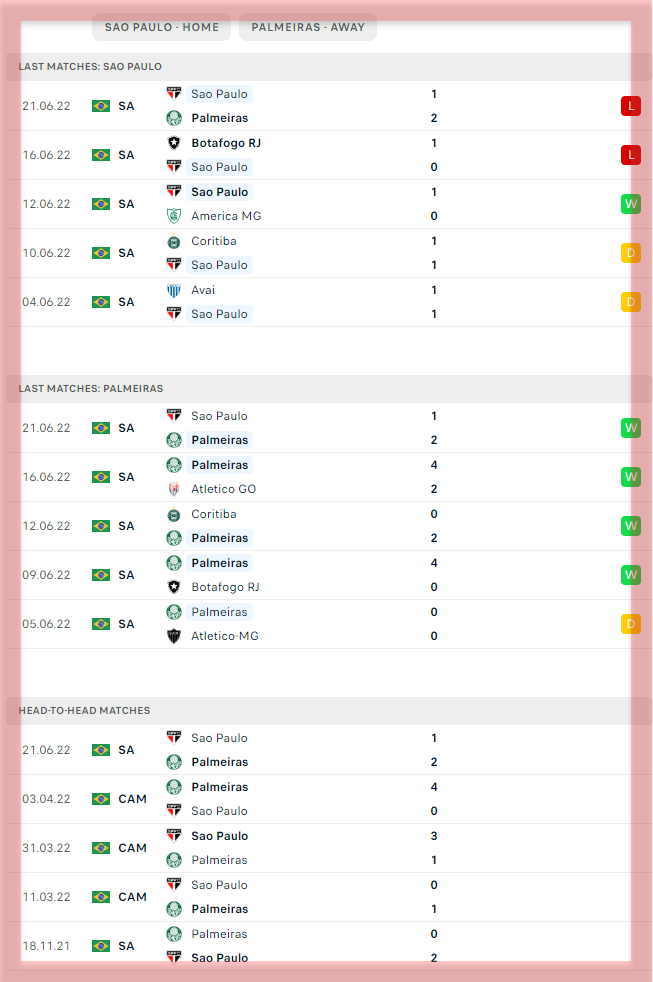