Atletico Mineiro vs Flamengo – The first leg of their Copa do Brasil round of 16 matchup takes place on Wednesday at Minerao, bringing Atletico Mineiro and Flamengo together for the second time in less than a week.

Round three saw the defending champions defeat second-tier side CSA 5-0 on aggregate, while the semifinalists from last year defeated Altos 4-1 over two legs.

Galo, who have already won the Supercopa do Brasil and the Campeonato Mineiro in 2022, are hungry for more as they take on their first real test in this year’s competition, which begins this weekend. Antonio Mohamed’s side kept a clean sheet for the second time in a row over the weekend.

Their 2021 strategy is nearly same, with the fullbacks allowed the opportunity to roam forward and provide an another outlet for the attack while focusing on defense first. Alvinegro won the Copa do Brasil last year without losing a single game at home and only conceding once at Minerao.

In terms of long-term possession, they aren’t the greatest in Brazil, but they’re one of the best in the country when it comes to moving the ball swiftly into dangerous areas and transferring it quickly.

As a result of the squad’s depth, Mohamed is able to rotate his team continuously, and his players are not only physically powerful, but they are also some of the finest ball dribblers in the league.

Flamengo manager Dorival Junior is beginning to realize that turning around the fortunes of this once strong Brazilian club would be a task early in his tenure. He took over a team that was on the verge of relegation, with just one point separating them from relegation to the second tier and Goias.

Despite a dominating 2-0 win against Cuiaba in the middle of his first three matches in charge, his team has lost to Internacional (3-1) and Atletico Mineiro (2-0) on the road.

A few years ago, they were Brazil’s dominant team, winning back-to-back Brasileiro Serie A titles in 2019 and 2020, the first team to do it since Cruzeiro, who won the 2013 and 2014 crowns back-to-back.

When things didn’t go as planned under Paulo Sousa, the team looked to lose its identity, since he was continually switching up their formations and tactics, which affected their consistency. 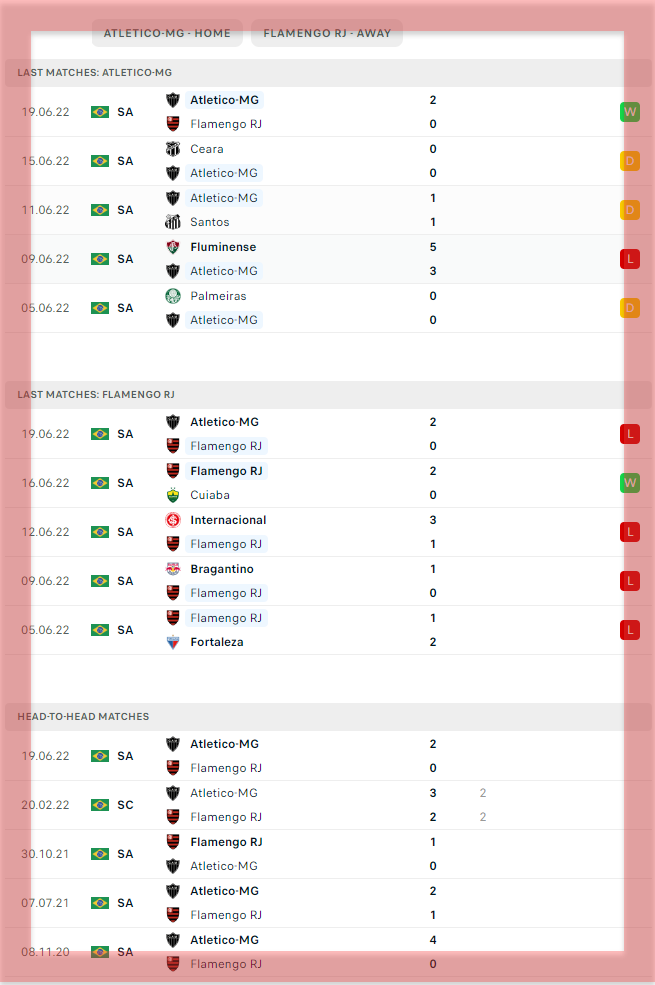