Rennes vs AEK Larnaca – On the final day of the campaign in Group B of the current UEFA Europa League, Rennes will host AEK Larnaca. The French team needs a decisive victory to try to surpass Fenerbahce in the race for first place in the group rankings.

Currently tied on points with an identical head-to-head record are Rennes and Fenerbahce (two draws). Fenerbahce has a little stronger goal differential (by one goal), hence the margin of victory for these two clubs on the last day may very well decide the outcome.

The winner of the group receives an easier draw and advancement to the competition’s last 16 round (as opposed to the runners-up, who advance to the final 32).

Because of this, despite of the fact that Rennes plays Lille on Sunday afternoon, we can anticipate Bruno Genesio to put his best team on the field on Thursday night.

Les Rouges et Noir are now in the midst of an amazing run of form. They defeated Montpellier 3-0 at home on Sunday to earn their sixth straight victory in Ligue 1.

On the other hand, AEK Larnaca, who play in the first division of Cypriot football, has just 16 points after the first nine games of the current season.

With four points in five games, the visitors have nothing but pride to play for after securing the third spot in this group.

On Thursday night, AEK Larnaca and Rennes will have their second encounter, and early in September, Rennes won the first match 1-2 while playing away in Cyprus. These days, Rennes scores goals just for pleasure.

In their most recent four games in all competitions, they scored eleven goals. The team led by Bruno Genesio has also scored three goals or more in four of their last five Ligue 1 games. The hosts have a lot riding on their ability to defeat AEK Larnaca. 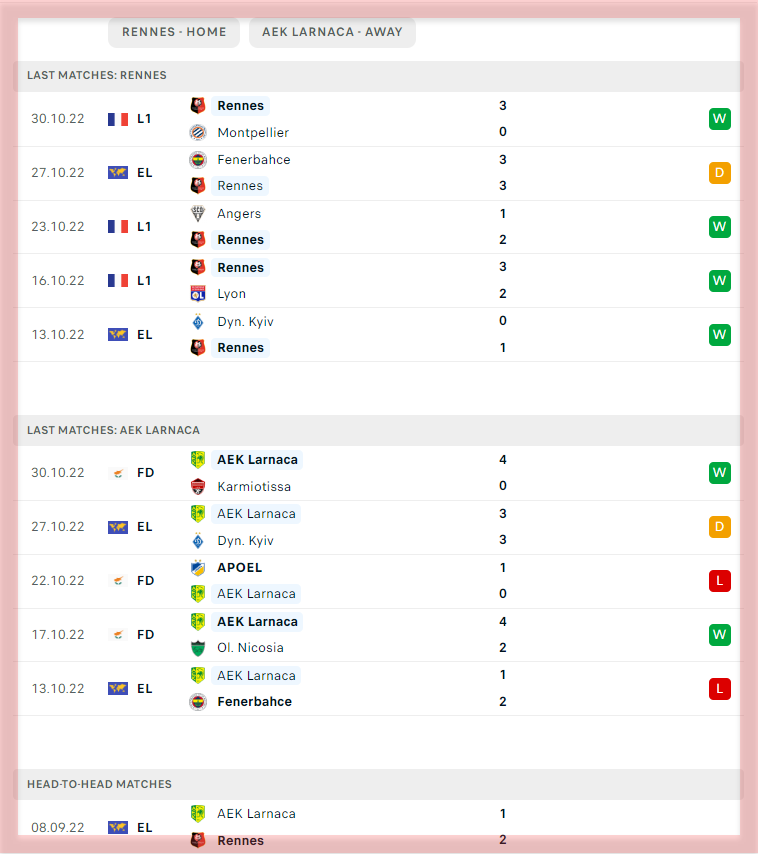