Pisa vs Ternana – Preview, and Prediction

Pisa vs Ternana – Both teams are struggling to find form, but one thing that needs to be mentioned is the fact that they are finding the back of the net consistently. And just as one would expect, they are also letting in goals at the same rate.

Pisa are placed 11th in the table at the moment, and are desperate to climb into one of the top-eight spots. And even though they have been able to register just three wins so far, they have scored more goals than even the toppers.

In fact, only one team in the entire competition has managed to outscore them, Meanwhile, Ternana are placed fifth in the table as of now, and they need a surplus of just three points to climb level with the second-placed Reggina.

They might be on a winless run at the moment – but do take into account the fact that they lost just twice away from home all through the campaign.

Moreover, they failed to find the back of the net just once away from home this season, and barring another road fixture, they scored two or more goals in 100% of their away matches.

Pisa scored three or more goals in three of their last five overall fixtures, and they also managed to slot in seven goals from their past two appearances at home.

On the other hand, Ternana lost just once in the past three months, and they scored two or more goals in three of their previous four road trips.

Considering these observations, as well as past h2h stats, expect a high-scoring affair this Saturday at the Arena Garibaldi, and the previous encounter ended in a 0-0 draw.

However, the game before that ended in a 1-4 win for Pisa, and the home team are undefeated, while they kept clean sheets in the last two league meetings at this ground.

Pisa vs Ternana – Head to Head 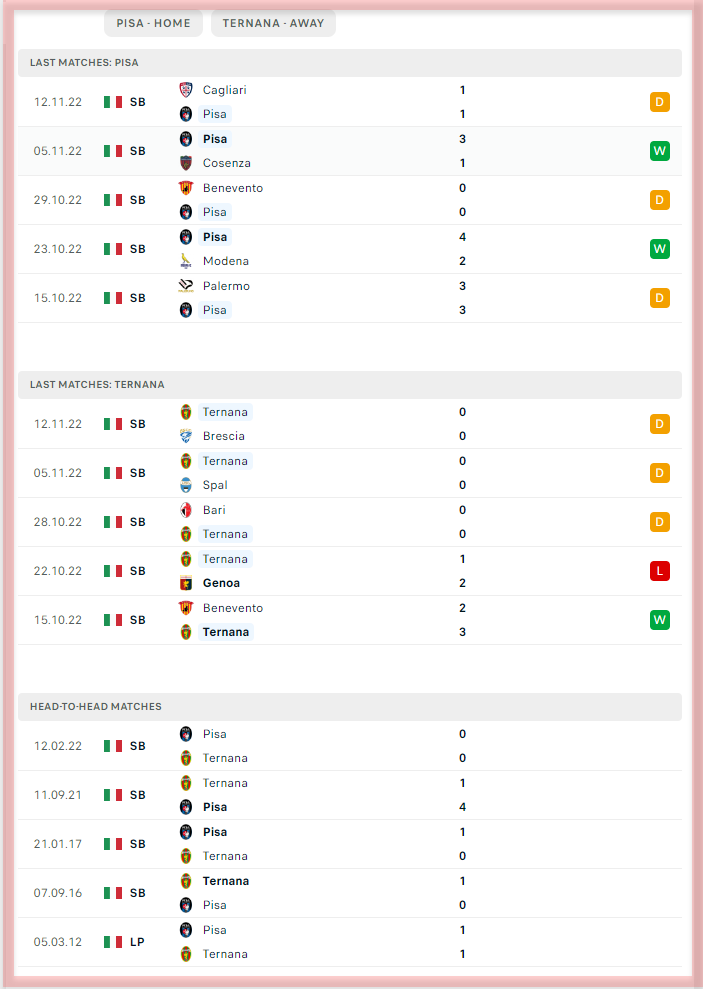