Real Oviedo vs Mirandes -Both Oviedo and Mirandes have picked up a decent pace this month. Now, these two teams will clash at Estadio Nuevo Carlos Tartiere on Matchday 17.

Borja Jiméneza and his men got their third win of the season as they defeated Cartagena by 2-1. Armando Sadiku could only score a consolation goal for Luis Carrión’s side in that game. The visitors are on-course to reach within the top ten on the table as they are unbeaten in their last five outings.

On the other hand, the host did the unthinkable as they defeated Granada by 1-0. It was Sergi Enrich who scored the winning goal for the current host. Moreover, they defeated RS by 3-2 in the Copa Del Rey to reach the second round.

As a result of good performances both teams are only separated by one point ahead of this fixtures Following their 1-1 draw against Ibiza the visitors made important changes in the team’s formation, by playing with three defenders. As a result, they won by 2-1 against Cartagena.

Three of the last four overall head-to-head matches have ended in a stalemate and the last time the visitors won at Estadio Nuevo Carlos Tartiere was over ten years ago, Both teams last met in April this year and the host won that game by 3-0.

It is important to note to that, more than 40% of the games have ended in a stalemate for the visitors, You can back the following, as our first prediction is that Real Oviedo will win by 1-0 – at 6.00 odd.

The host are unbeaten in the last five encounters against this side. Also, they have scored at least one goal in those five games.

Furthermore, our second tip for this game is that Real Oviedo will keep a clean sheet – at 2.25 odd. Despite having picked up good form recently.

The visitors rarely manage to score against Oviedo. In four of the last five matches at Estadio Nuevo Carlos Tartiere the host have kept a clean sheet. 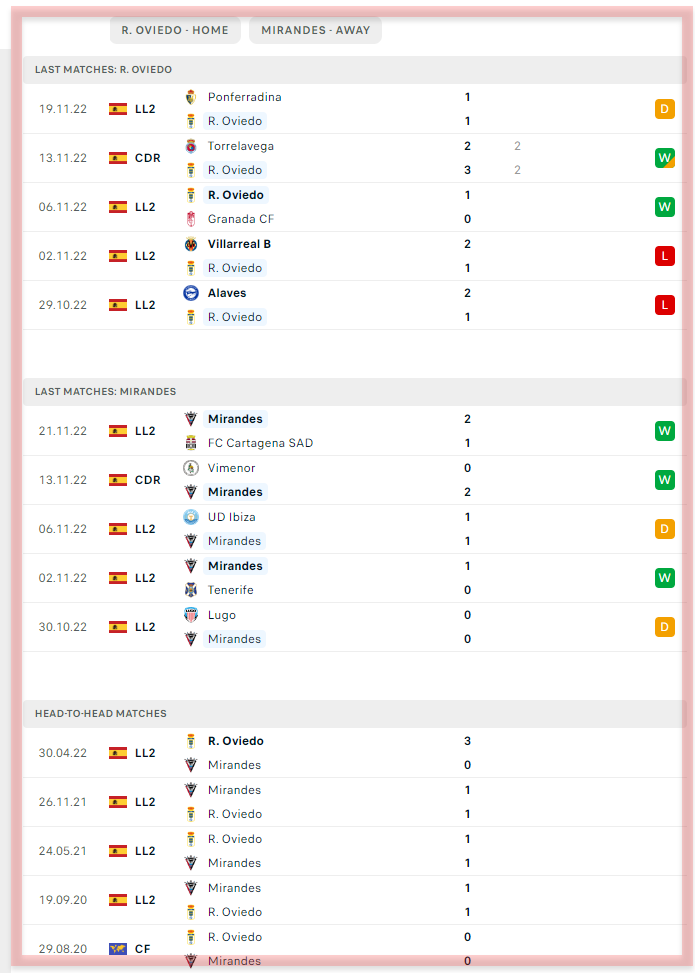