Albacete vs Racing Santander -The losing woes continue for Albacete as they are on a two-game losing streak. Now, they have a huge challenge ahead of them as they will play against Racing Santander at Estadio Carlos Belmonte.

Following their 2-2 draw against Sporting Gijon, the host have lost two back-to-back games by conceding at least three goals. They lost their fourth game of the season when they fell to Granada by 4-0 most recently. Now the team is in the twelfth position on the table.

The main problem for the host is that they are conceding goals at the rate of 1.19 goals per game, this is one of the reasons why they have won only five times this season.

Against Granada the host picked up two red cards, this aggressive approach have costed the team three important points,For the visitors, they lost to Burgos by 1-0 most recently.

This ended their eight-game unbeaten streak. To make things worse, Inigo Sainz received a red card at the last minute of the game. The team is now in the fifteenth position on the table following this result.

Both teams will be meeting after a period of two years and their host are winless in their last two matches at Estadio Carlos Belmonte against Racing The visitors are unbeaten in three of the last four overall head-to-head matches.

Do note that nearly 43% of the matches have ended in a stalemate for the host this season, At the same time, the visitors will be looking to bounce back with a victory following their narrow defeat last time.

You can back the following as our first prediction is that Racing Santander will win by 1-0 – at 7.50 odd. This is after considering that in two of the last three victories the visitors have scored exactly one goal against Albacete.

Moreover, our next tip for this game is that Racing Santander will keep a clean sheet – at 3.00 odd. The visitors have kept a clean sheet in three of their last four overall head-to-head matches. We can bet on this trend to keep up this time as well. 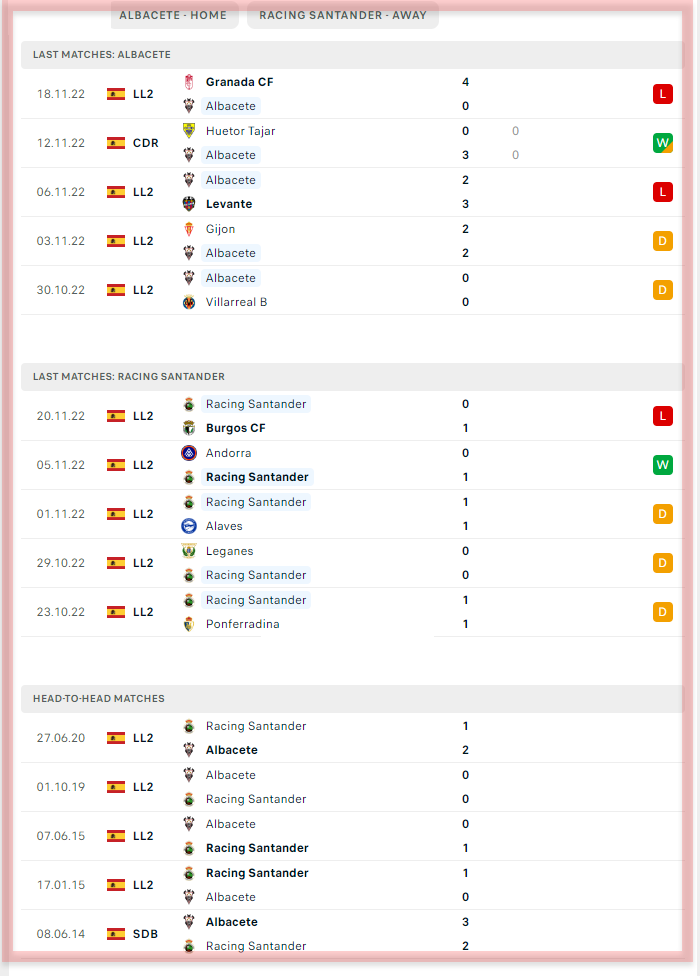