Parma vs Modena – Preview, and Prediction

Parma vs Modena – Parma are one of the contenders to secure a podium finish this season in the Serie B, and are in great form. They are at home this weekend, and are the favorites to deliver a win against the struggling Modena, who are hanging by a thread over the relegation cut-off.

Modena recorded a total of just four wins all through the campaign, and their latest victory came against the relegation-threatened Como. It also deserves to be mentioned that they have a single win to their name away from home.

Meanwhile, Parma lost just once in front of their home crowd, and this sole defeat came against the in-form Terana. And disregarding another draw, they have a perfect winning record at home all through the campaign in home fixtures.

Furthermore, they also have a dominant h2h record against this rival over the years – and particularly so at home.

Parma are in great form, and particularly so at home. In fact, they are one of the only two teams in the whole competition to have won the last four appearances at home. Do also take into account the fact that they scored the most number of goals at home, barring just one squad.

Meanwhile, only a single squad scored fewer goals than Modena on the road, and they have just a single win to their name so far.

In fact, in the past seven-month period, the team was able to record just one win in total, and the latest encounter ended in a 3-1 win for Parma, while they are on an unbeaten run since 2002.

They scored two or more goals in four of the past six clashes, and the team kept clean sheets in three of the previous five meetings.

Parma vs Modena – Head to Head 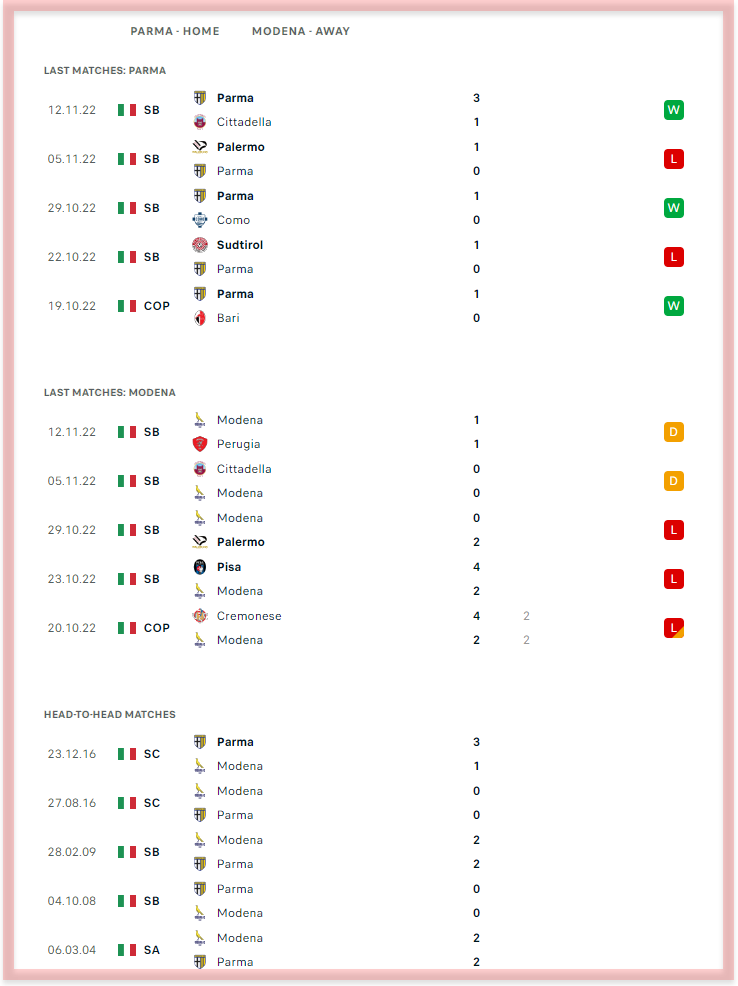