Malaga vs Ponferradina – Preview, and Prediction

Malaga vs Ponferradina -Malaga are rooted to the bottom of the table this season. They have only won two games till now. Now Pepe Mel’s side will look to bounce back with a victory as they will welcome Ponferradina at Estadio La Rosaleda.

The host got an important point against Zaragoza. In that 1-1 draw, Haitam Abaida scored the opener in the 79th minute of the game. Followed by Giuliano Simeone’s equaliser, Do note that this is their fifth stalemate of the season.

The only positive news for the host is that they are through to the next round in the Copa Del Rey as they defeated Pena Deportiva on penalties. However, they are having an abysmal form in the league this season.

Derik Lacerda’s last-minute equaliser was enough for the visitors to take one point against Oviedo. This result comes after their 2-1 defeat against Leganes.

The main concern for David Gallego’s side is that his team’s away form is looking fragile. Currently, they are on a three-game losing streak in their away fixtures.

The last time the host won at Estadio La Rosaleda was over two years ago and their visitor kept a clean sheet in their last three consecutive head-to-head matches against Malaga, When both these teams last met in March this year the game ended in a goalless draw.

Both teams are in bad shape ahead of this fixture. As they are both winless in their last two games. Not to mention that they are at the bottom half of the table since the beginning. However, the visitors have a good record against Malaga.

You can back the following as out first tip is that Ponferradina will score Over 1.5 goals – at 3.50 odd. This is after considering that the visitors have scored at least two goals in their last two victories. Do also note that they have a good record at Estadio La Rosaleda as well.

Our second tip for this game is that Ponferradina will keep a clean sheet – at 3.75 odd. The visitors have kept a clean sheet in their last three consecutive overall head-to-head encounters. 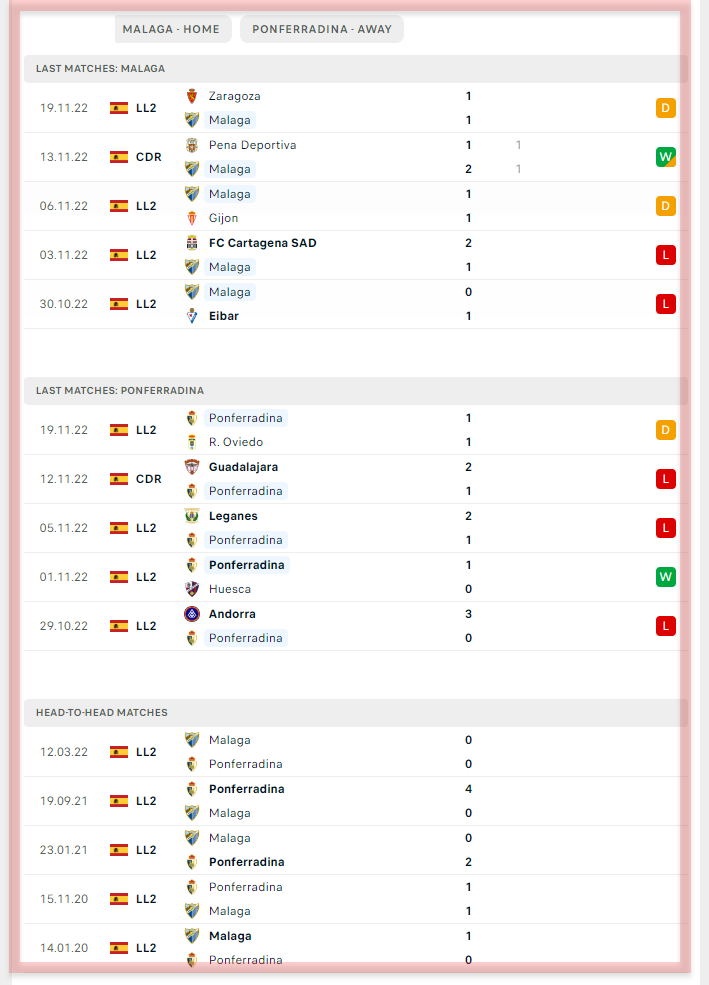