England vs USA -Following a 6-2 World Cup victory over Iran, England will be aiming for another victory. In that contest, England had 78% of the possession and 6 of its 13 efforts on goal were successful.

In recent years, England has rarely been able to avoid conceding. In reality, England’s defense has been breached in 5 of their last 6 matches, allowing 11 goals in the process.

But we’ll simply have to wait and see if this match’s results follow that pattern or not. Prior to this, the United States and Wales drew 1-1 in a World Cup match.

United States controlled 59% of the ball during that game and attempted 6 goals, scoring one of them. Timothy Weah (36′) was the lone American player to register a goal.

Wales made 7 attempts at goal against their rivals, with only one of them succeeding. Wales’ goal came from Gareth Bale in the 82nd minute.

There have been relatively few goals scored between the United States and its opponents in five of the last six games. The overall average of goals scored over that stretch is a pitiful 1.5, with Team USA scoring an average of 0.67 each game.

We predict that England will likely take advantage of many scoring chances, and although we do believe that the United States will likely succeed in finding the net here, they may struggle to score themselves.

Therefore, we predict that England will win 3-1 with relative ease after 90 minutes. Looking at the betting odds for the 90-minute result, you may win the most money by betting on England at 1.57, a draw at 4.14, or the United States to win at 5.7. 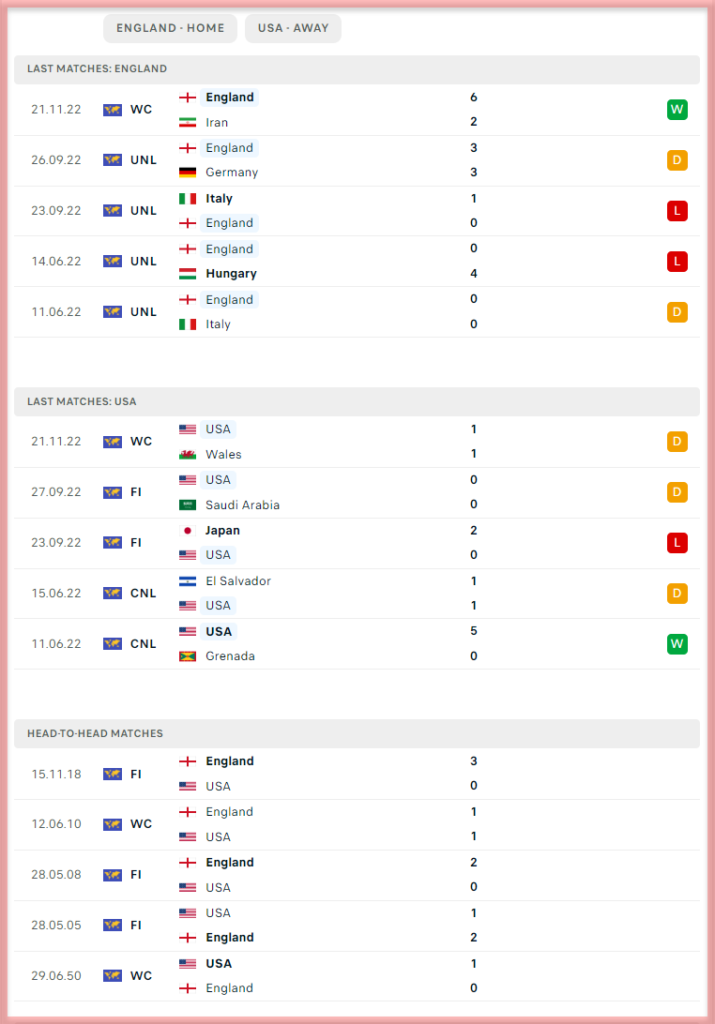