Manchester United officials are in Amsterdam finalising their first signing. Antony, for £40m from Ajax. 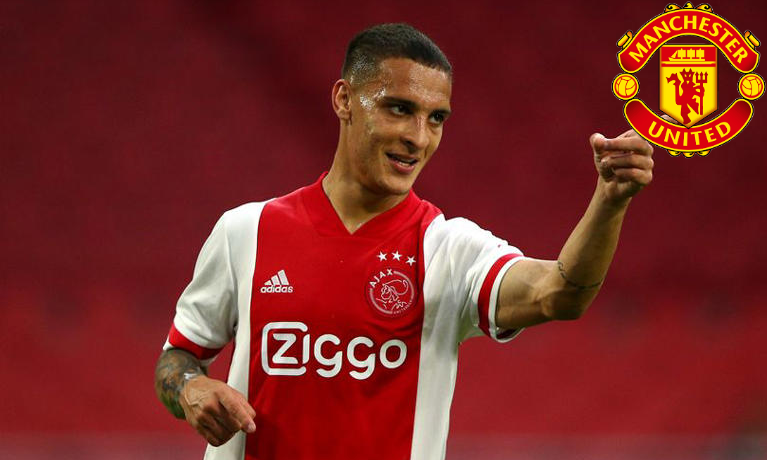 Man Utd First Signing – Manchester United’s transfer executives are said to have gone to the Netherlands to finalize a deal for Ajax star Antony.

Last season, the winger shone under Erik ten Hag as the Dutch giants won the Eredivisie for the second year in a row. From the right wing, he scored 12 goals and added 10 assists, a position that has proven a problem for United in previous seasons.

Ten Hag appears to have been persuaded by Antony’s performances to bring him to Old Trafford as part of his plan to turn around United’s fortunes. Last season, the Red Devils had a terrible season, missing out on Champions League qualification.

Ten Hag has been tasked with rebuilding his squad in order to make it competitive for prizes and higher Premier League standings. While it was anticipated that a move for Frenkie de Jong was the top priority, it appears that a deal for Antony has moved more quickly.

So much so that it has been reported that United officials have travelled into Amsterdam to finalize Antony’s transfer. The Red Devils are willing to pay £40 million to make the Brazilian the new manager’s first acquisition.

United’s new manager is thought to be eager to see Antony begin the reconstruction of the Premier League’s fallen giants. After signing from Sao Paulo, the winger had an excellent relationship with Ten Hag and praised him after he officially departed Ajax.

“I wish you the best of luck in your new club.” I’d also like to express my gratitude for what you’ve taught me. I am grateful for all of the opportunities and opportunities to learn each day. “Know that if you need me, I will always be there for you,” he stated.

Last season, Ole Gunnar Solskjaer and Ralf Rangnick struggled to find a solution to the right flank position problem. With Marcus Rashford and Antony Martial peering over their shoulders, Ten Hag will be hoping Antony can be the man to finally solve the problem.

As Ten Hag strives to turn around his team’s terrible form, Antony will be the first of what he hopes will be five new recruits. Ten Hag is pursuing De Jong, albeit carefully, with another midfielder and a center-back also on his want list as he looks to fulfil his promise of rejuvenating the club.

“The assurance comes from the fact that I have a positive impression of the individuals around me. The meetings have given me a positive vibe. We have a strategy in place, and now it’s time to put it into action. We will accomplish the success we desire if we cooperate, stick to our plan, and surround ourselves with good individuals who have the appropriate connection and commitment “At his first press conference as United manager, Ten Hag remarked.