Freiburg vs RB Leipzig – The Red Bulls finished fourth in the league table this season, and they showed tremendous character by securing a place in the Champions League’s next edition. This is also a fantastic opportunity for them because it is nearly unheard of for neither Bayern nor Dortmund to participate in a German Cup final.

The team will be focused on making the most of this opportunity this weekend, and expect one of their best performances of the season.

Freiburg, meanwhile, had secured sixth place in the Bundesliga table and will have to make do with a place in the Europa League next season. It’s also worth noting that their form dipped towards the end of the season, resulting in a significant reduction in points. They have conceded many goals in the process, and it is vital to note that they have a dismal head-to-head record against his opponent over the years.

The Red Bulls, on the other hand, had gone undefeated in 20 of their previous 23 games, including two distinct 4-match winning streaks and a 3-match winning streak. They also have a strong head-to-head record versus his opponent in previous seasons. Based on these observations, Leipzig should win the DFB Pokal Final this weekend. 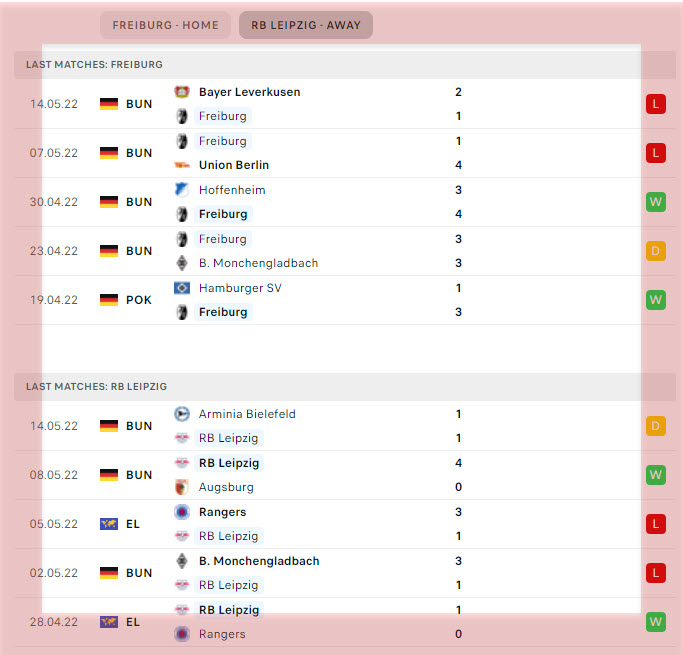