FC Porto vs Maritimo – The defending champions FC Porto open the new campaign at Estadio Do Dragao on Saturday night against Maritimo.

Sergio Conceicao’s team is clearly the overwhelming 1.16 favourite to win after winning 15 and drawing twice in their last 17 league matches in front of home fans.

Ultimately, FC Porto finished the previous campaign with an astounding 91 points, finishing six points ahead of the opposition.

The feat was even more impressive given that Luis Diaz, the campaign’s major star, was lost midway through.
But with less essential players for the title race, skilled manager Conceicao will now have to start over.

Vitinha and Fabio Vieira, two pivotal midfielders for FC Porto, left the team this summer to join Wolves and Arsenal, respectively, in the English Premier League.

As usual, FC Porto has found some replacements, such as Gabriel Veron and David Carmo. If they possess the qualities necessary to step into the shoes of their forebears, only time will tell. Anyway,

FC Porto is by far the favourite today against Maritimo, who placed third in the Primeira Liga rankings last season. In four summer exhibition games against Portuguese rivals,

Maritimo managed three victories and a draw, but these performances won’t mean much when they take on Porto at Estadio Do Dragao.

Since the two clubs are so drastically different in quality, a result other than FC Porto’s resounding triumph is unlikely. Last weekend’s Super Cup match saw Sergio Conceicao’s team defeat Tondela 3-0. This time,

we’re supporting a similar scenario. Porto is available at 6.50 odds to win by a score of 3-0. Why In two of their previous five matches with Porto,

Maritimo was successful in avoiding a loss. However, in their last 30 home matches against Maritimo, Porto has a terrible record: 27 victories, 1 tie, and 2 losses. And in four of the previous five head-to-head matches, goals were scored on both sides. 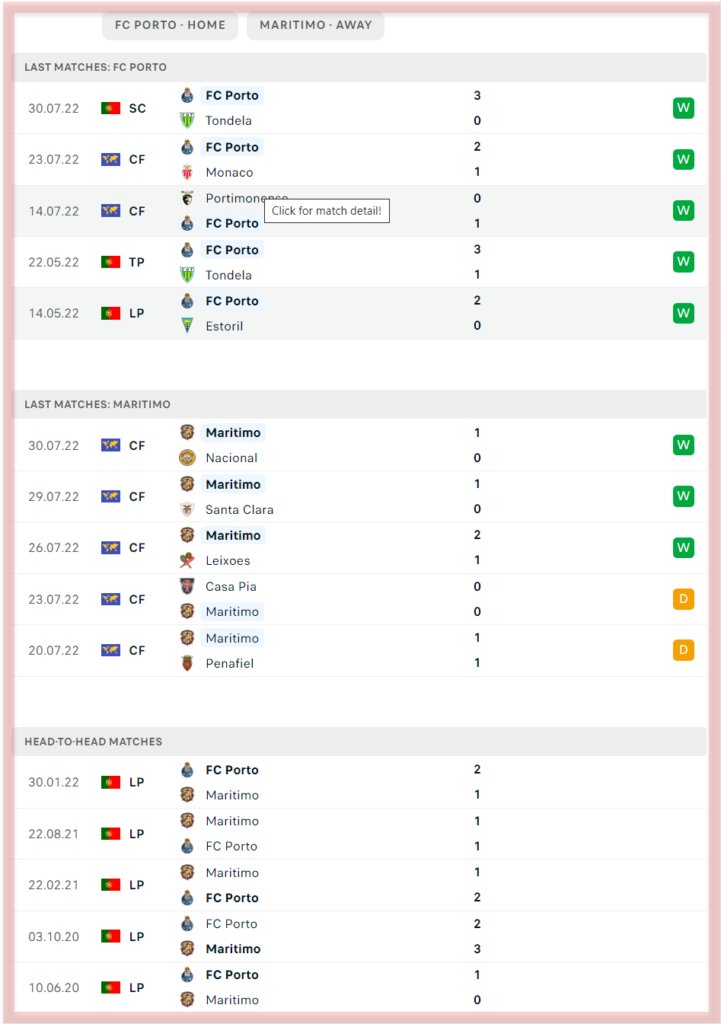