Nice declared that they will be fighting for a spot in the upcoming Europa Conference League after finishing fifth in the French premier division the previous year.

They did not, however, get off to the expectedly fast start this season. Just four victories have been achieved by them thus far this year.

They continue to be in strong form in ECL. They currently hold the first spot in the group table and are unbeaten thus far this season.

However, Nice and Partizan, who are now in second position, are tied on points. Therefore, they must win this game in order to guarantee their position.

They are likely to obtain that crucial victory in their upcoming matchup with Koln. Koln, who is third in the standings, does not have any statistics that are higher than those that Nice has.

They do, however, share some statistics with Nice. They also have a goal-scoring and goal-preventing side. Both teams have a combined total of two victories this season. Due to their two-game loss, Koln is now in third position and is one point behind Nice.

It appears that Thursday’s Europa Conference League match between these two sides will be a fiercely competitive contest.

Three times, they have clashed, and both teams received one of the previous two overall victories.
The last match had resulted in a 1-1 draw.

The final ECL home game Cologne played ended in a 0-1 loss to Partizan. This stadium hosted their 1973 match against Nice. Even a 4-0 victory in that contest is unlikely to offset their current home record.

However, it appears like Cologne might avoid a loss after examining the statistics of both teams. Therefore, since Nice has the advantage, we back them in the Draw No Bet. 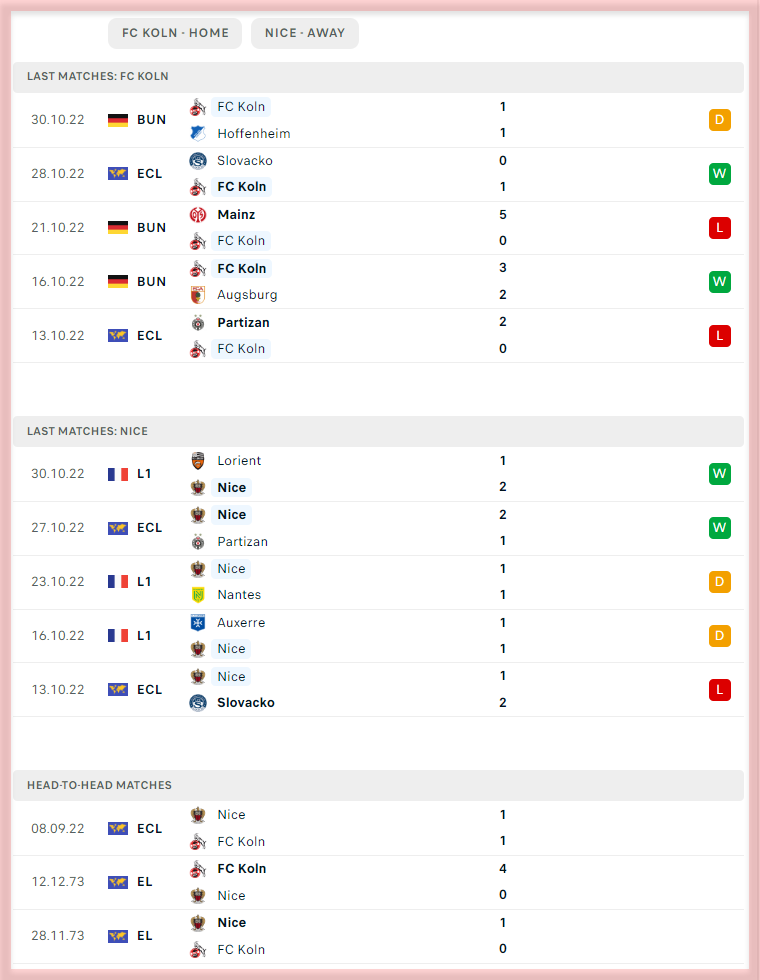