Hapoel Beer Sheva vs Austria Wien – Both Austria Vienna and Hapoel Beer Sheva did not have the anticipated fast starts to their new seasons. On Thursday, a Europa Conference League match between the two teams will take place at Toto Turner Stadium.

The previous season, Austria Wien had placed third in the league standings in the premier division of Austria. Additionally, they now have a flat appearance and are losing ground in the league on a match-by-match basis.

In addition, the squad had lost five of its previous six matches overall and had allowed a total of 11 goals in those contests. They must need to fix their defensive line.

They have no chance of claiming a safe zone, even if it is repaired. Hapoel, however, is not the case. Hapoel might move up into second place if Lech loses their upcoming game and wins.

In the ECL season, neither of these teams has recorded a single victory. But Hapoel only dropped one match. The remaining games ended in draws, giving them a total of four points.

Austria, meanwhile, drew two of their games and dropped the other three. In five games, they allowed 11 goals to be scored. Their reliance factor going into this match will just be the goalless draw in the reverse match.

These two teams’ lone meeting resulted in a scoreless draw, and in their previous eight games overall, the Reds are unbeaten.

It also takes into account the draws from the last three ECL games. Except for the match against Austria, they were successful in scoring goals in every other game.

In their final ECL match, they also succeeded in holding the current group leaders Villarreal to a 2-2 draw. In this shape, Hapoel has very little chance of losing.

Additionally, they will enter with all of their winning strategies in place because this three-pointer will assist them secure the safe zone. 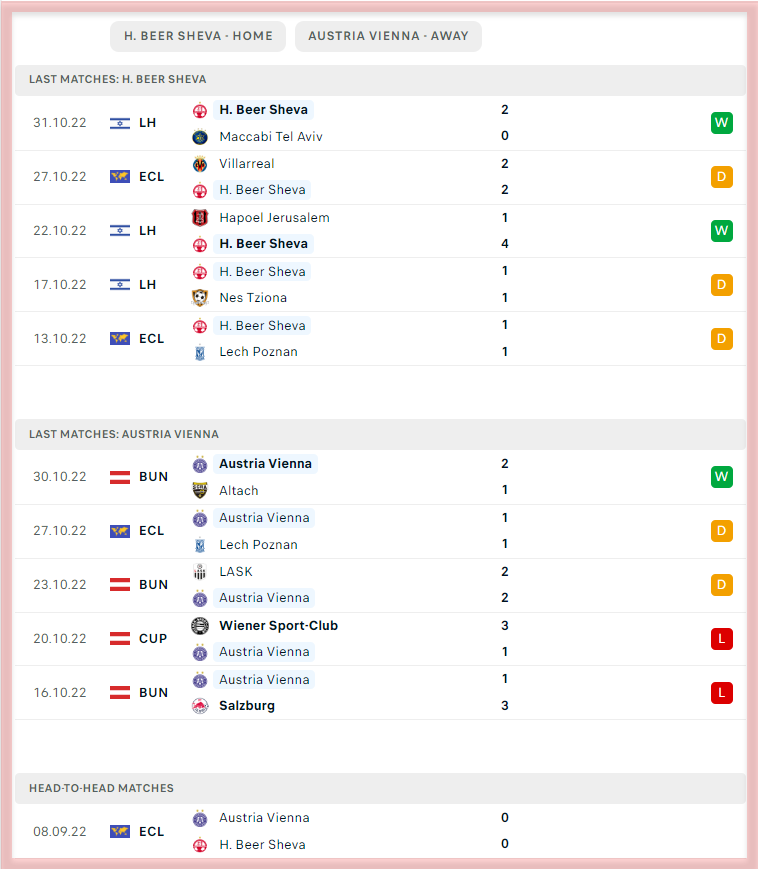