Partizan Belgrade vs Slovacko – Disregarding the toppers, Partizan were in possession of the best defensive steel that season and had presented a tough competition to the Serbian title holders Crvena Zvezda throughout the previous season.

They have recently been on a roll and are scoring goals at a remarkable clip. Additionally, they have a run of unbeaten wins at home, and only in the last two home games, their offensive has netted seven goals.

The current leader of Group D’s table, the French club Nice, and Partizan are tied on points. They might be able to capture the top spot if they win their next game.

Slovacko, however, has been struggling to rediscover its form for a long and is conceding goals frequently. They also failed to win in two of the previous three games as a whole.

Slovako are currently at the bottom of the group as things stand. They may have put on their best performance of the year in the rematch against Partizan, which ended in a 3-3 draw.

There are numerous reasons to anticipate a high-scoring match here as well, just in the reverse match. The defences of both are the first. Therefore, a must bet in this game is Over 2.5 Goals FT and Both Teams to Score.

The opposite match, which ended in a 3-3 tie, was their sole head-to-head encounter, and going into this match, the Black Whites are hoping to take the top spot. They have all the motivation necessary to succeed. Their home form is one of the key causes of this.

It was March when they last lost at home. They won’t have much trouble claiming a victory when they are in such a form. The likelihood of making a three-pointer will be great if that is also against the team in last place in their division. 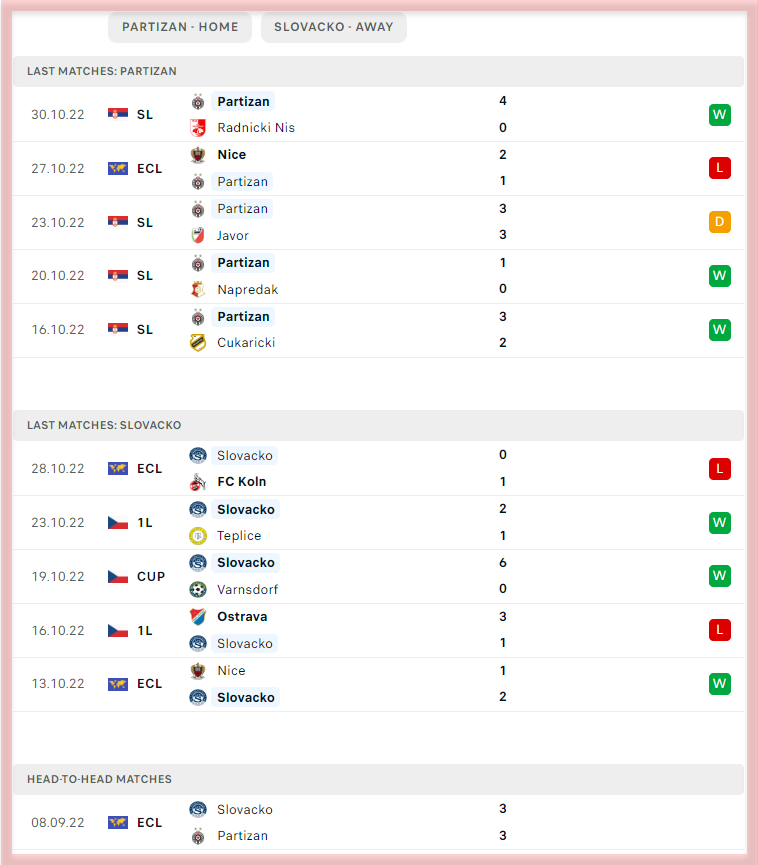