Club Brugge vs Waregem – Club Brugge have consistently been a top team in Belgium’s premier division, and they excelled last season. Waregem, meanwhile, has been one of the poorest teams this season and narrowly avoided relegation.

They were the last team in the standings to be considered safe, having placed 16th out of a possible 18. They only managed 8 victories while constantly letting in far too many goals.

They’ve carried over their poor form from the last campaign into this one, and their defence is still shaky. But it looks like Club Brugge is continuing right where they left off last season.

While they didn’t win the league, they did end in second place and led the league in both scoring and defence (excluding the champions). It’s worth noting that they were the squad in the tournament that lost the fewest games overall.

Taking into account these details and the fact that Club Brugge has dominated in terms of head-to-head matchups, the team is favoured to win this coming Friday.

Club Brugge had won the most recent match, 3-0. They have won their last six games in a row. Their last five games had resulted in 18 goals scored. When these two clubs met here previously, the home team won by a score of 3-0.

Club Brugge had won seven consecutive games, and had two separate three-game winning streaks in the course of going undefeated in 18 of their last 20 overall matches. In addition, they have won 18 of their last 21 matches at home.

Waregem, on the other hand, has lost its last two away games and is winless in four of its last six games overall. Their head-to-head record versus this rival has been dismal over the years. With these considerations in mind, I’m picking a home win for Club Brugge. 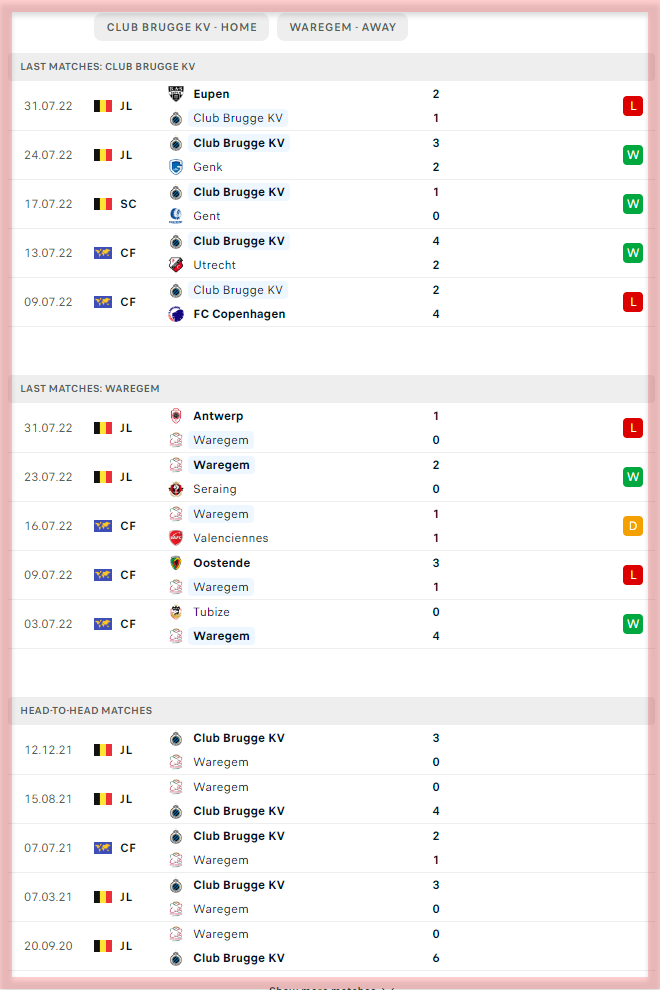