Gimnasia vs Godoy Cruz – Gimnasia and Godoy are two of the leading clubs in Argentina’s premier division. They’ve been great this season from the get-go, and their performance has earned them a spot among the league’s elite.

Gimnasia currently sits in second place in the league table, having lost only twice all season. Just the top team has conceded less goals, and they are one of only two teams in the competition with consecutive wins (the other being the top team).

It is also noteworthy that they have enjoyed a fantastic run of success at home, scoring numerous goals in the process. Godoy, meanwhile, sits in fifth place and has lost only once in the last five matchdays. Even when away from home, they have scored frequently.

3 or more goals have been scored in 5 of the last 6 meetings between these two teams. Godoy recorded a 4-0 victory in their most recent match. In three of the four previous matches played here, the home team scored two or more goals.

Most recently, a home team victory by a score of 1-0 occurred here. Gimnasia is undefeated in 15 of their last 17 matches overall, and they have won five consecutive matches on two separate occasions. Also, in their last 9 home games, they were undefeated.

Godoy, on the other side, had won four consecutive games and eight of their previous nine overall contests. Based on these numbers and their recent head-to-head matchups, this Friday’s game should feature a lot of goals. 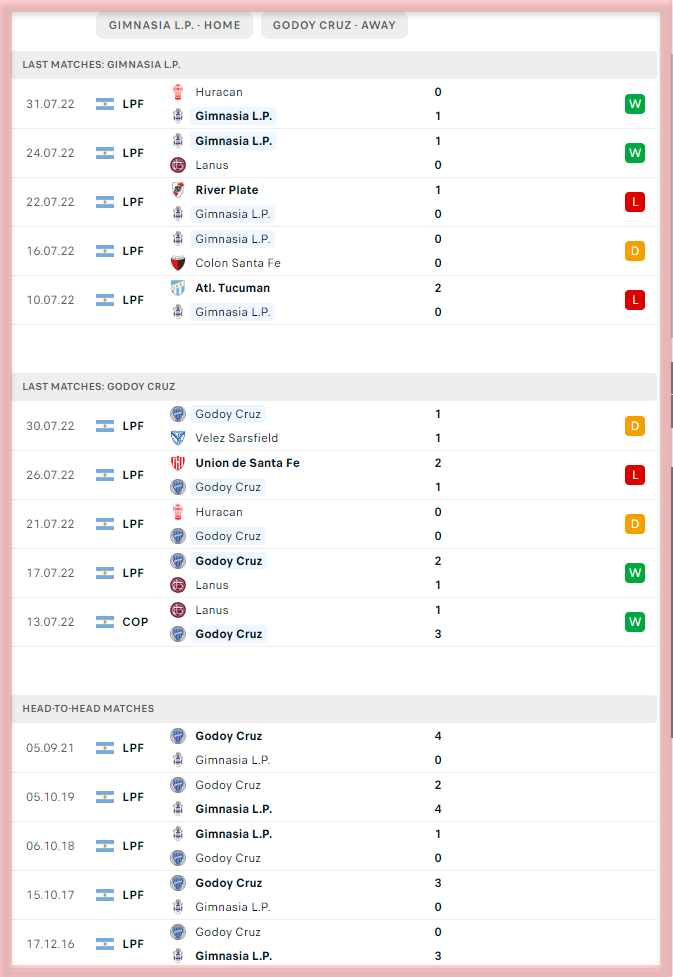