Besiktas vs Konyaspor – Preview, and Predictions

Besiktas vs Konyaspor – Besiktas has been improving recently in the hopes of finding a safe haven. Unfortunately, they were unable to do so, as their three points from the last encounter were insufficient to put them ahead of Basaksehir in the standings. In their most recent league match, Besiktas defeated Goztepe 0-2 on the road. It was their eighth consecutive unblemished league performance. They will undoubtedly be hoping to finish the season on a high note.

Meanwhile, Konyaspor is well within the safe zone and will not lose their place even if they lose their final match. In truth, their final fixture will not affect or elevate their existing position. As a result, we don’t need to show their spirits.

Konyaspor won 3-1 at home against Hatayspor in their most recent league match. Prior to the aforementioned victory, they had suffered two consecutive league defeats. In each of those poor performances, their defensive line allowed two or more goals.

Besiktas’ home form has been uneven recently. They have, nevertheless, managed to remain unblemished. We expect them to keep their unbeaten home record in 9 of the last 10 league games. Inconsistency is caused by their frequent recording of a draw.

Konyaspor, on the other hand, has lost six of their last eight league matches on the road. They’ve conceded two or more goals in each of their last eight road games, and we can anticipate them to do so again against Besiktas. The above Konyapsor road numbers are more than enough to back Besiktas to win this match when they meet in their final Super Lig match of the season on Saturday. 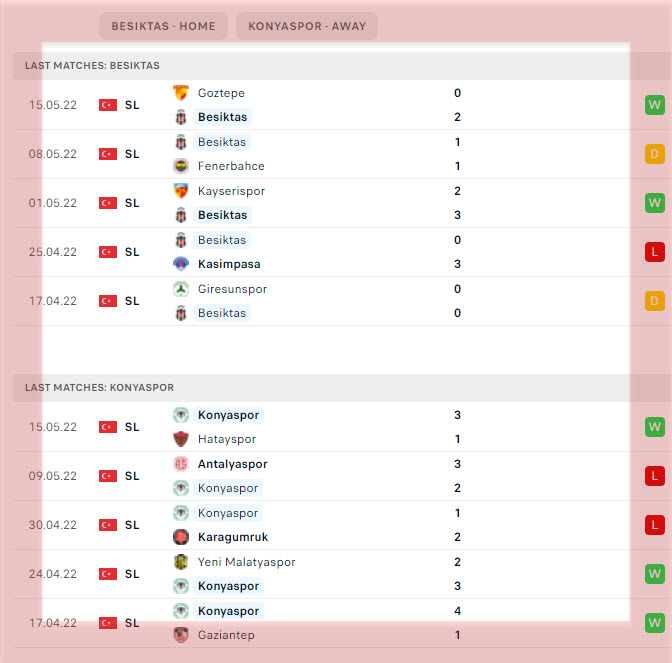 Our Prediction: Over 3 goals