Augsburg vs Freiburg – Preview and Prediction

Augsburg vs Freiburg – Freiburg returns to Bundesliga play on Saturday, opening the 2022-23 season at Augsburg. The visitors finished eight places above their hosts last season and beat them home and away. They’ll look to extend their dominance in this match.

A great 2021-22 campaign has raised Freiburg’s hopes despite losing the DFB-Pokal final against RB Leipzig. After one of their most successful seasons, the Black Forest club played Kaiserslautern in the first round of the Pokal last Sunday.

Roland Sallai and Ritsu Doan scored in extra time to beat the 1998 German champions, who were riding high after promotion to the 2. Bundesliga. Freiburg’s quest for a first major trophy continues after last season’s sixth-place result.

Streich has been in charge at Breisgau since 2011, and summer preparations have gone nicely. Unbeaten in preseason, including wins against Rennes and Rayo Vallecano, shows his squad’s readiness to succeed despite losing Nico Schlotterbeck to Borussia Dortmund.

Augsburg’s season was a struggle; they finished barely five points above the bottom three in May. The club’s board responded by hiring former Borussia Dortmund coach Enrico Maassen to replace Markus Weinzierl, whose second stint in charge ended this summer.

Maassen led Dortmund’s Under-23s to the 3. Liga and arrives in Bavaria with a growing reputation. He’ll be eager to have a strong start in the Bundesliga.

Augsburg vs Freiburg – Head -to- Head 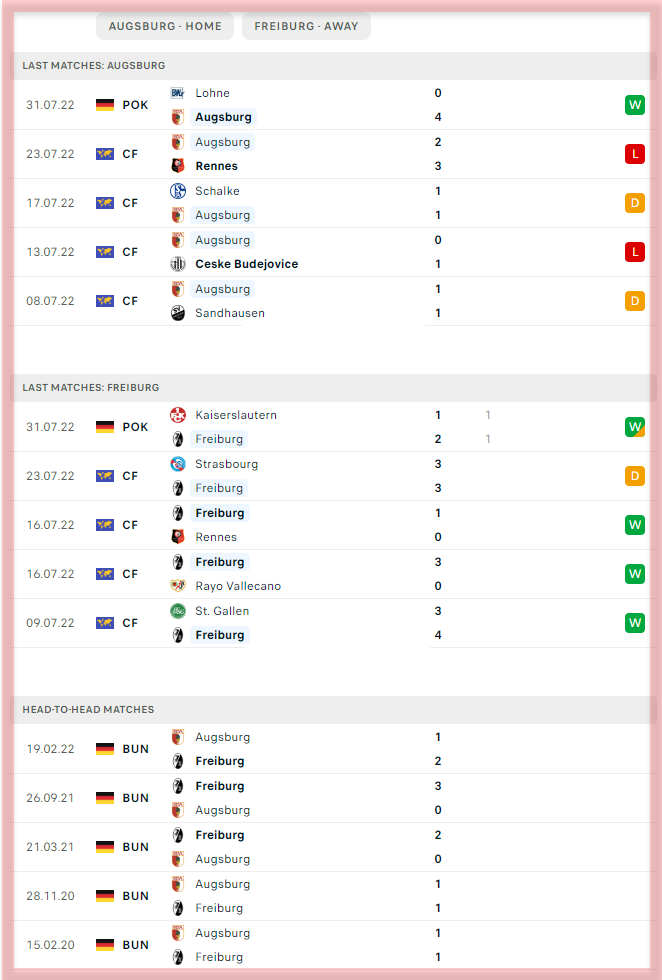