Watford vs Everton – Preview, and Prediction

Watford vs Everton – Watford have been relegated for the third time in the Premier League after six successive defeats. Last time out, Roy Hodgson controversially clapped the Crystal Palace fans while not walking to the away end to acknowledge his long-suffering fanbase, causing understandable outrage from many Watford fans.

The ‘Hornets’ have now failed to maintain a clean sheet in 22 straight top-flight games, the greatest stretch since Burnley in 1973. A further 41 home PL goals conceded this season will equal Swindon’s unpleasant honour from 1993/94. Everton’s 2-1 victory over Leicester kept their survival hopes alive and fans waited long after the final whistle. With a game in hand over the teams below, the ‘Toffees’ may put considerable distance between themselves and the drop with another win.

Even the most hopeful Everton fan knows that a win over demoted Norwich is not a foregone conclusion. Everton have only won one away league game, a 2-1 loss to relegated Norwich!

Emmanuel Dennis is Watford’s sole double-figure scorer (G10), yet his last five scoring performances have ended in defeat. Richarlison has nine competitive goals this season and has scored twice in his last three matches against Watford ,Watford’s current 11-match PL home losing streak is the longest in English top-flight history. 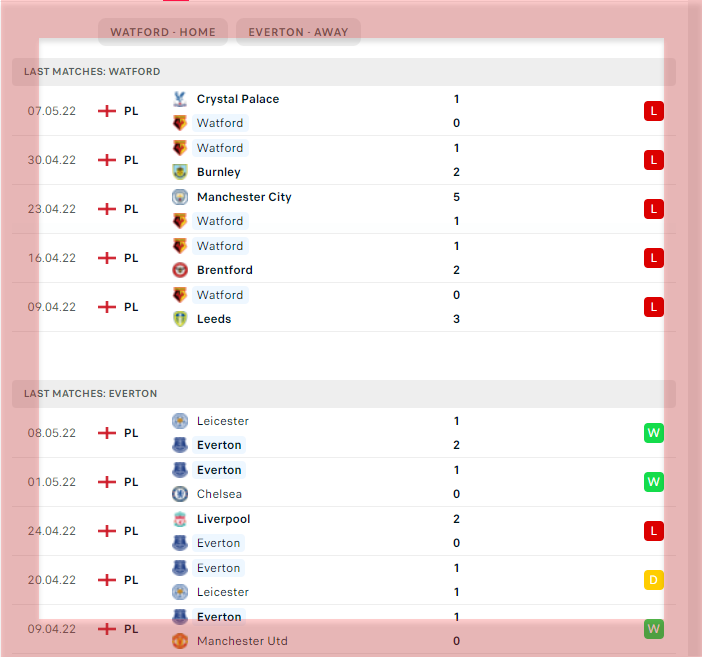