Sheffield United vs Millwall -Sheffield had a respectable record throughout the most recent Championship season. As a result, they were successful in moving into the safe zone at the end of the season.

Their strong offensive and defensive lineup that season served as a catalyst for their ongoing unbeaten streak. Millwall, meanwhile, had a mediocre record throughout the previous Championship season.

At the end of the season, they were unable to move into the safe zone of the table. They were only six points away from the safe zone. They’ll be attempting to win it this season by constantly posting successful results.

In the previous six head-to-head encounters between Sheffield United and Millwall, there were three wins, two draws, and two losses each. Millwall prevailed 1-2 in their most recent match at this location.

In four of the last six head-to-head meetings between these two teams, the both teams to score option was successful.

In their preseason friendlies, Sheffield United will play some first division teams from various European leagues. We can see them putting on competitive performances even if they lost in the majority of them.

They did as stated above to prepare for their season’s first Championship match. Sheffield suffered a road loss at Watford after conceding an unanswered goal.

They will be attempting to improve upon their performance in the second game, which is set to take place at home, where they are currently in decent form.

On the other hand, Millwall was pleased with the preseason friendlies. They had previously faced teams with more talent than they did, but they largely managed to avoid defeat.

Following the aforementioned pattern, they were able to get off to a good start against Stoke. Currently, Millwall’s road performance is lacking. Three of their last five away games ended in losses.

In a few of them, they revealed goals that went unanswered. In light of the aforementioned statistics, we are left to support Sheffield United in their Saturday matchup versus Millwall. 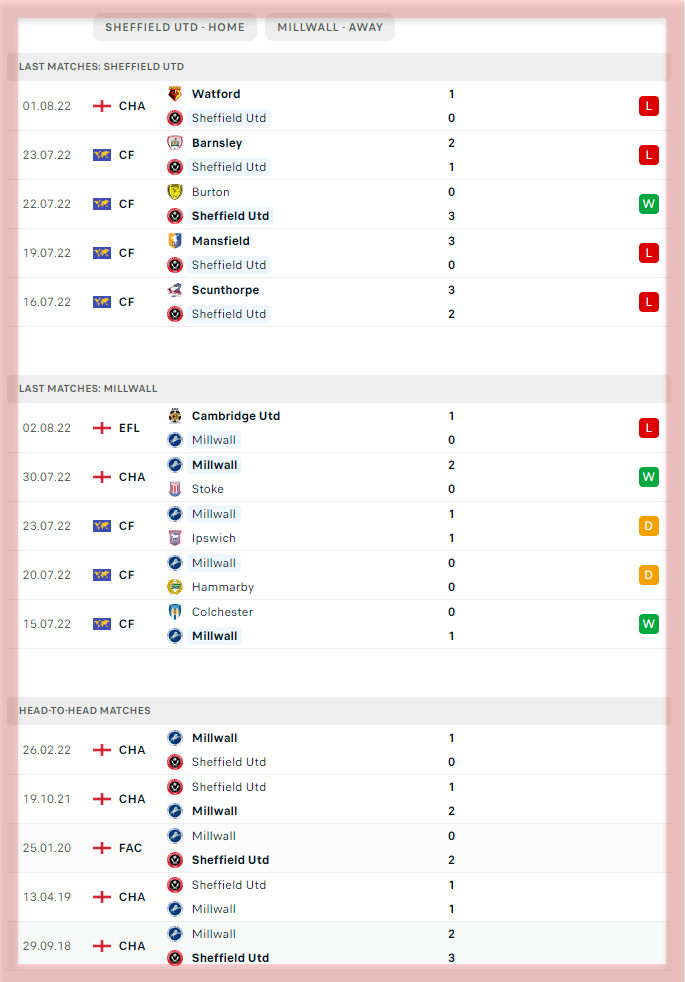