Clermont vs PSG – Preview, and Prediction

Clermont vs PSG -Paris Saint-Germain travels to the Stade Gabriel-Montpied to play Clermont in gameweek one on Saturday to start the defence of their Ligue 1 championship.

The hosts, who successfully avoided relegation last season, are gearing up for their second consecutive season of top-flight football.

Clermont were a welcome addition to the professional ranks and weren’t afraid to surprise the top clubs in the 2021–22 season.

Pascal Gastien was able to secure another season of Ligue 1 play for his squad by leading his team to a 17th-place finish.

Unsurprisingly, Clermont dropped to the lowest levels of the division after accruing eight points from their first four games of the season while remaining unbeaten.

Gastien’s club has conceded at least one goal in each of their previous ten Ligue 1 home games, and PSG has already established its supremacy in France under Christophe Galtier.

Galtier didn’t need the Trophee des Champions loss to please the Parisiens board, instead he oversaw a Super Cup win over Coupe de France champion Nantes..

The Trophee des Champions does not guarantee a manager’s career at PSG, but this summer, Galtier and football director Luis Campos have made some savvy young signings.

Galtier must first defend their Ligue 1 championship, but he is under even greater pressure to lead his team to success in the Champions League following a string of early exits, many of which have been humiliating.

The hosts’ preseason defensive tenacity may be for naught on the first day as PSG destroyed Clermont 6-1 at the Stade Gabriel-Montpeid last season and earlier defeated Les Lanciers 4-0 at the Parc des Princes. 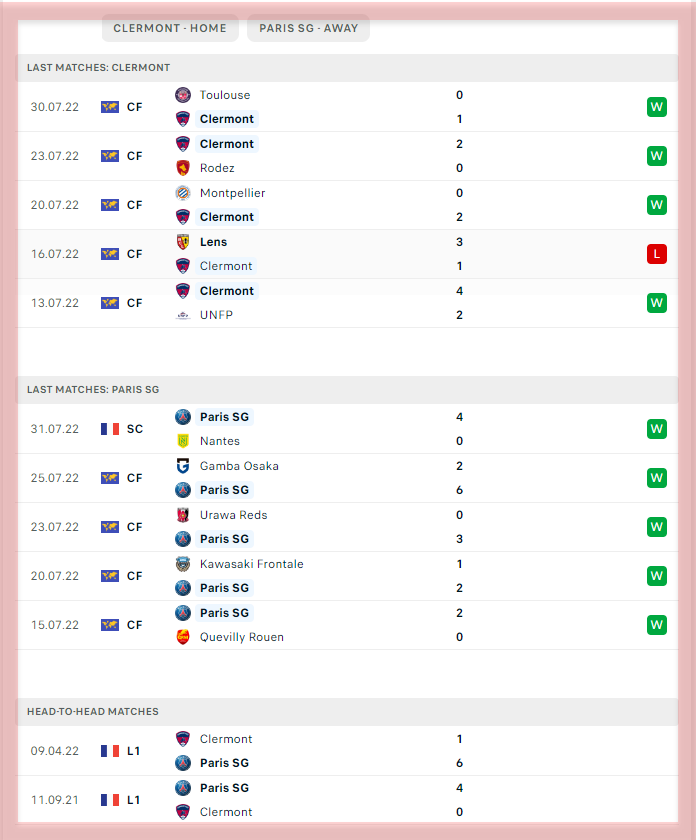