Sarpsborg vs Sandefjord – Preview, and Prediction

Sarpsborg vs Sandefjord – Currently enjoying a successful run of results, Sandefjord is scoring goals at an astonishing clip. Without a doubt, they have gained a lot of momentum as a result of their previous performances and are keen to capitalise on it.

They already have a fixture, and with an extra 3 points, they can move up about 6 or 7 slots.

Comparatively speaking, Sarpsborg is now in a troubling run of games. Their defence has struggled a lot recently as a result of their recent string of point losses. It seems likely that Sandefjord will triumph this Sunday.

They had previously dropped three of their previous four home games, conceding a total of nine goals in the process. Additionally, in the previous eight months, they had only experienced five victories at this location.

Sandefjord, on the other side, had won four of their previous five games while scoring a total of 11 goals. Do keep in mind that they had also triumphed on seven out of their prior nine road trips.

These observations indicate that Sandefjord will likely prevail this weekend. According to the statistics, Sandefjord has conceded goals in five of their past six games, leading to a total of 13 goals for their opponents.

Sandefjord has undoubtedly had defensive issues. Let’s find out if this game will maintain that pattern. Recent matches between Sarpsborg 08 have typically been thrilling, with high scoring the norm rather than the exception.

With an average of 3.83 goals per game throughout their most recent six meetings, both clubs have scored a total of 23 goals, with Sarpsborg 08 accounting for 14 of those. 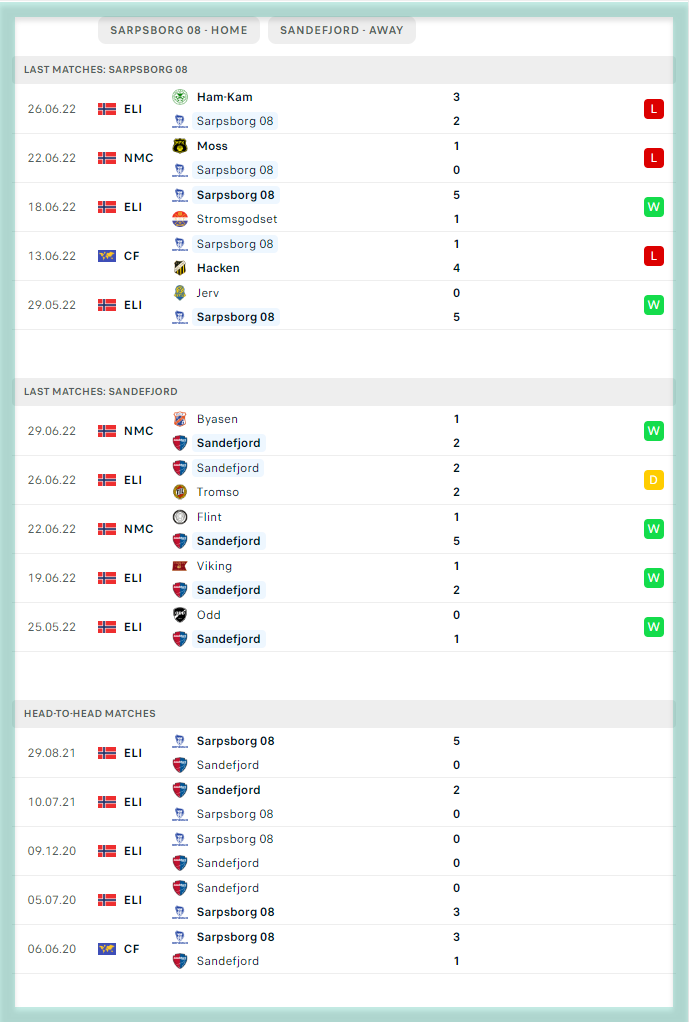