Kristiansund vs Lillestrom – Preview, and Prediction

Kristiansund vs Lillestrom – The top of the table is occupied by Lillestrom, who have been the competition’s best team by a wide margin thus far this season.

They have only lost once throughout the entire season, and they lead the league in both goals scored and goals allowed.

Kristiansund, meanwhile, is currently ranked last in the rankings and is the weakest team in the Norwegian first division this season. They have a protracted losing run and are conceding an alarming quantity of goals.

They have been in such a mess that, with the exception of one draw, they have a 100% losing record. It is also noteworthy that they are the only team that has yet to score their first victory of the year.

Additionally, they have conceded two or more goals in seven of their prior ten games at this location. On the other hand, Lillestrom had won their previous 21 games without losing, going on separate winning runs of three games and five matches.

In more recent games, Kristiansund have seen difficulties unlocking defences. In their last six games against opponents, they have only scored a total of 4 goals.

Additionally, Kristiansund has had 14 goals scored against them in those encounters. We’ll have to wait and see if that pattern holds for this upcoming game.

Geir Bakke’s Lillestrm SK have an average of 2 goals scored per game over the course of their last six games, with a total of 12 of their goal attempts being successful. 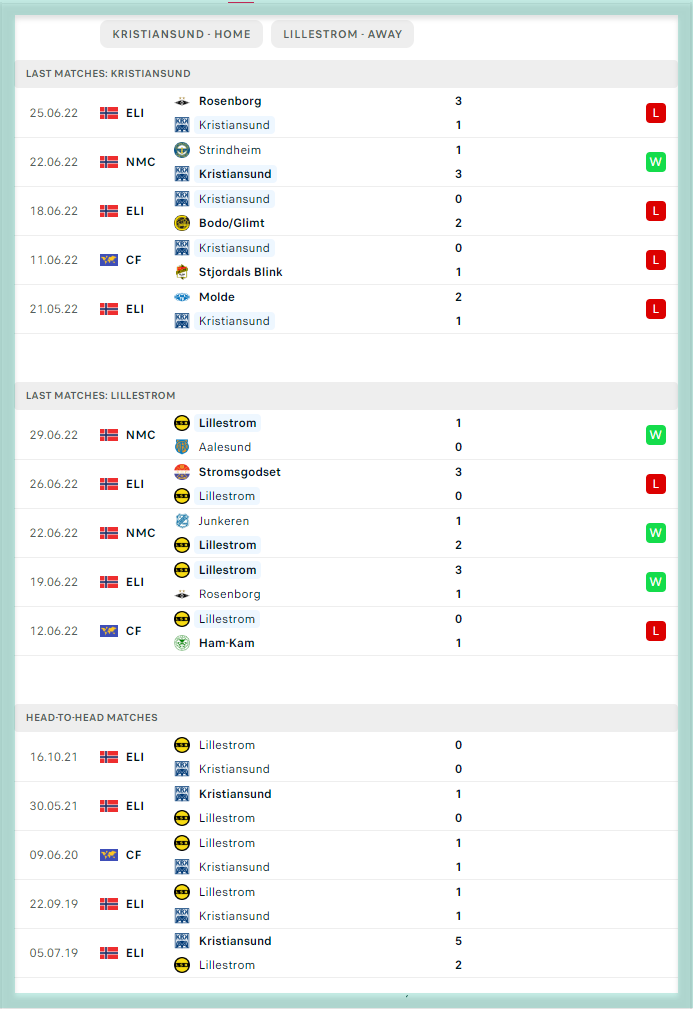