Sadio Mane reveals why he left Liverpool for Bayern Munich in a statement. 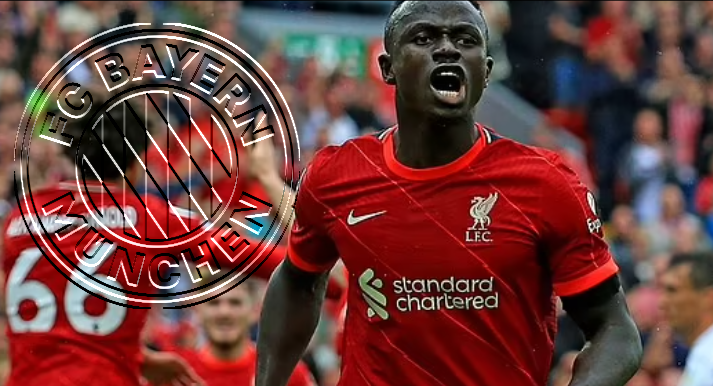 When he learned that Bayern Munich was interested in purchasing Sadio Mane from Liverpool this summer, Mane claims he was “immediately excited.”

Mane arrived in Munich yesterday for his physical after Liverpool and Bayern agreed to a deal last week to trade the Senegal international for £35.1 million.

After Mane showed interest in leaving this summer, the Reds turned down two lesser offers due to the disappointing add-ons before accepting the most recent one.

Liverpool secured an agreement for Darwin Nunez to replace him from Benfica in a transaction that might ultimately cost up to £85 million.

In 269 appearances for Liverpool, Mane scored 120 goals. His 23 goals across all competitions last season helped the Reds win the League Cup and FA Cup twice.

The 30-year-old has now discussed his decision to sign with the Bundesliga champions this summer ahead of his official unveiling at Bayern.

Mane told the German daily Bild that when his agency first informed him of Bayern’s interest, he was “extremely excited.”

“I instantly recognised myself there. It was the ideal club at the ideal time for me.

“It’s one of the largest clubs in the world, and the team competes relentlessly for every championship. Therefore, coming here was a wise choice and a really excellent one in my opinion.

Difficult to find the right words for this. I just want to thank you from the bottom of my heart, I’m so pleased to be a very small part of this incredible success we’d together during the last 6 years.
You were there in good and bad times. I’ll never forget. #YNWA pic.twitter.com/sbaXL7ebJC

Mane responded, “My agency told me that there were enquiries from other clubs,” when asked why he took the choice to sign with Bayern so quickly. The business includes that.

“However, when Bayern explained their strategy to me, I immediately felt it. More than anyone else, I discovered myself in Bayern’s plan.

Mane said, “I don’t want to say no,” when asked if he could assist Bayern Munich in reaching the Champions League final the following season.

“Every child and football player in the world wants to win the Champions League. I’m currently on a squad that is fiercely competitive.

“But since we haven’t even played a game together yet, it’s still too early to talk about the Champions League final. However, we shall do everything in our power to advance to the final.